HomeNewsIs There a Chance for a Mobile Phone Signal Booster to Become...
News

Is There a Chance for a Mobile Phone Signal Booster to Become a Savior? 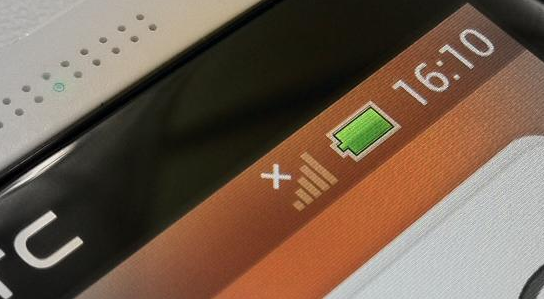 Over the last few decades the quantity of people who have started using mobile phones has increased a lot and not every mobile company is able to cope with the influx of subscribers. That is why, more and more users do complain about the inadequate mobile phone coverage and the growing number of dropped or missed calls. Such problems with their mobile makes usual people rather annoyed, because in most cases modern users depend a lot on their cell phones.

There is Nothing to Worry about

Experts say that there is nothing to worry about it, as they have developed various ways, both usual and “smart” ones to conquer the problem of poor mobile signal coverage in any place of the country. In spite of their announcements the trouble of weak connection is still quite hot for many mobile phone owners.

Before considering the ways to solve the issue of poor mobile phone signal, you have to bear in mind that in some cases mobile service providers should not be blamed for bad connection. Sometimes, such troubles are far beyond their abilities.

Bad signal can occur due to a great number of obstacles that a signal meets on the way to a mobile phone. Another reason is the far distance of a subscriber from a transmitting tower.

There are ways when consumers can settle the problem of poor perception even without contacting the provider in any way.

Here come the methods that a person is able to refer to, while attempting to improve a mobile phone signal:

– Do charge your mobile phone all the time, and do not let it be flat or almost flat, as the flatter battery is, the more chances you have to suffer from a poor signal.

– When you are inside: in a house, an office or any type of building, rush to the windows or any other open space where signals are likely to penetrate in a better way. There are even particular apps for an iPhone which show you the areas with best coverage zones in the building or in the house. They say that such applications are quite efficient when you are in the countryside.

– One more effective way to forget about poor mobile phone coverage is to set up a mobile phone signal booster from MyAmplifiers. A new type of devices has appeared not long ago, and its main aim is to take a weak signal and to boost it to the level, which is good enough to have a proper and fruitful conversation. Such gadgets do not need any specific installation: you only plug them into and they start working immediately. They do not occupy much space in the house and they are rather good for high-rise buildings, big lorries, country houses etc.
–

– Some of the users refer to drastic measures and change the network provider. They strongly believe if they change the provider, the service and the mobile phone coverage will probably improve. In some cases, it can work, but it is not obligatory and it depends on the mobile phone company’s abilities and finance.

Hold Your Phone in the Right Way

– They say that, as some of the subscribers do not hold a phone correctly, the coverage can get worse because of this. Ideally, you are supposed to hold your phone upwardly straight and not any other way: downwards, turned somehow etc. It is necessary to act like this, because most mobile phone antennas are situated at the bottom of the phone.

As you can see, here are the basic ways to fight with poor mobile phone signal: to charge your phone as soon as it is required, to come closer to the windows or any other more or less open places, to change the service providers, to install a mobile phone signal booster, to hold the phone in the right way.
Every user has the right to implement any of the ways they wish to improve the quality of the phone communication – all of them seem to be rather effective.