HomeNewsMirama hopes to replace your smartphone with a headset, your camera button...
News

Mirama hopes to replace your smartphone with a headset, your camera button with a finger gesture 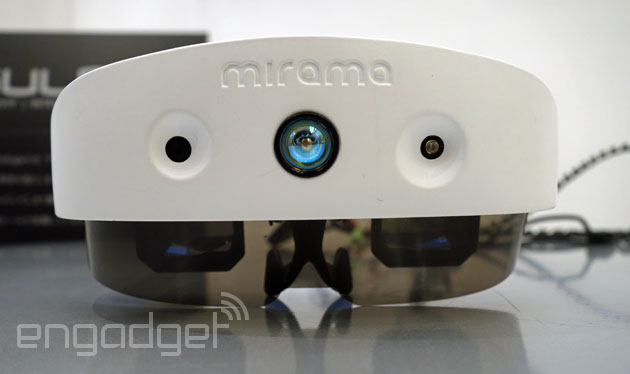 Mirama wants do away with the the camera button on your smartphone. In fact, don’t even get the smartphone out to begin with. Its prototype headset lets you frame and take a picture using your hands and its built-in camera. No buttons, no vocal cues, not even a wink. Other gestures, registered by the camera sensor, add the ability to confirm or cancel (thumbs up and down, respectively) while you can even attempt a hand-written message … if you have the right level of motor control. (Our own gestured penmanship during a quick demo proved we didn’t.) The cameras on the left and right, meanwhile, offer a constant stream of what you’d be looking at if you weren’t wearing the headset. Gestures (well, your hands) then appear in bright cyan on top of the video feed.

The plan is for a head-based wearable to replace the smartphone, at least when it comes to the interface. As Senior Engineer Johannes Lundberg suggests, the hardware needs to get a lot lighter and a whole lot smaller for this to happen — the biggest barrier here (and why the company uses a PC to run its most recent prototype), is a matter of battery power. That’s another issue that needs to get tackled before Mirama becomes a more realistic prospect for most of us. 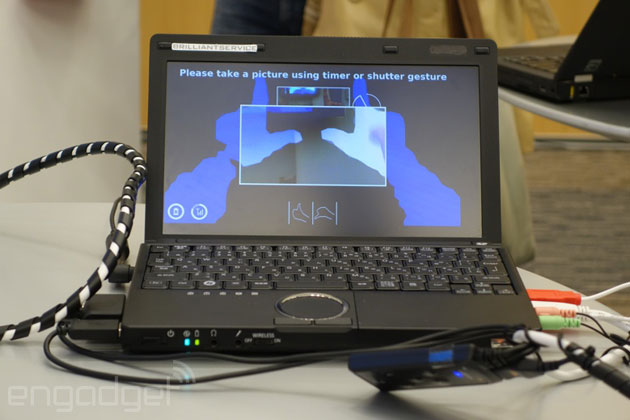 In a slightly unusual twist for a show all about wearables, Mirama’s prototype is more about the operating system than it is about the hardware itself. The company is already offering a bundle that include a set of glasses and laptop with the Mirama OS pre-installed and access to IDE and SDKs for app development, priced at 3 million yen. However, if you’ve got the skills and are looking ot build your own gesture system, BrilliantService is willing to sell you all the parts that make up their eyewear for 200,000 yen. And that name? Mirama comes from combining the words”miru’, which means ‘look’ in Japanese, and ‘amaze’, which means… yep, you’ve got it.