Must Have Windows Phone 8 Apps 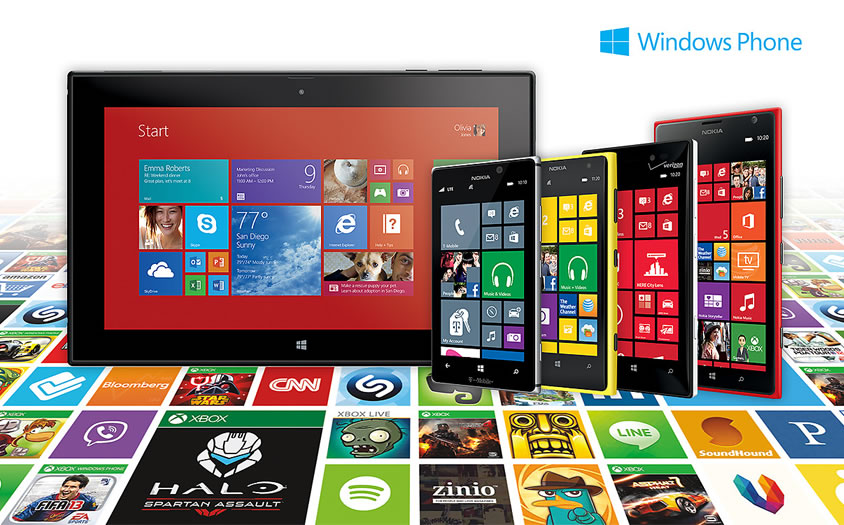 Microsoft has been a little slow coming on to the smartphone scene, but it is starting to make some headway with the introduction of Windows Phone 8. The slick and easy to use UI is very comfortable for both those new to the smartphone experience, and those familiar with the Windows 8 OS.
The partnership with Nokia, as well as still providing the Windows platform to third-party manufacturers like HTC has resulted in some very nice handsets at a very competitive price – some even under £100.
Though they are still playing catch up in the app department, the Windows App store now offers over 100,000 titles. Though that is dwarfed by Android’s and Apple’s 1,000,000 titles, Microsoft follows strict guidelines on what apps can be sold for their platform, much like Apple does. This guarantees that the apps you get will behave properly, and work well, ensuring a smoother overall experience.
Windows Phone 8 comes loaded with many handy Apps like Microsoft Office, Polished Email, Calendar, News, Photo and Music Apps. Here’s a short list of some must-have apps that goes beyond these basics:

1.WhatsApp – If you have any familiarity with smartphones, chances are you’ve already heard of WhatsApp. If not, this is a smartphone messenger that is available for all popular platforms like Android, iOS, and now Windows Phone 8.
The latest iteration has fixed many of the previous version‘s bugs, and runs much smoother. WhatsApp allows you to use your 3G, 4G or Wi-Fi connection to message family and friends who have the same app.
This is a great way to save on texting charges, especially when travelling abroad.

2.Skype – Much like WhatsApp, Skype is the omnipresent video chat software available for connections from phone-to-phone, phone-to-computer (or vice versa), computer-to-computer, and even connections to landlines.
Though the video chat is the nicest feature of the app, it will allow you to make phone calls and texts as well. This is another great way to make free calls using a Wi-Fi connection, which could save you a bundle when you learn to use this procedure correctly.
Be sure that when you are using Skype, you are calling someone who is also running Skype. Though you can call any phone, if it doesn’t go through Skype on the receiving end, you will get connection surcharges, and be charged like a normal phone call.

3.Networking Apps (Facebook, Twitter, etc.) – These have been linked together, because most people understand the idea of social (or business) networks already. Many of the major players like the two mentioned offer apps for Windows Phone 8.
These apps allow you to share thoughts, information, pictures, and your location, even what you’re eating – anytime, anywhere. If you frequent the Social Networks (even if it’s just to play some of their games), and would like the convenience of mobile access, these apps are a must.

4.Indigo – This is a Siri-like voice enabled personal assistant app for Windows Phone. Though the interface is more command based than conversation, you can still accomplish a great deal with this PA, such as: updating Facebook, interacting with Twitter, get recommendations for local restaurants, bars and other venues, get directions, create and store diary entries, create notes and reminders (with alerts), play music stored on your phone and more.
Indigo is a definite must for the ultimate hands-free Windows Phone 8 experience.

5.Yelp – Indigo can tell you how to get somewhere, and Yelp can help you decide where to go. With reviews of near-by hotels, restaurants, and other social gathering places, Yelp is a must have for the user on the go.

Get your mind right with Gauthmath app (Review)