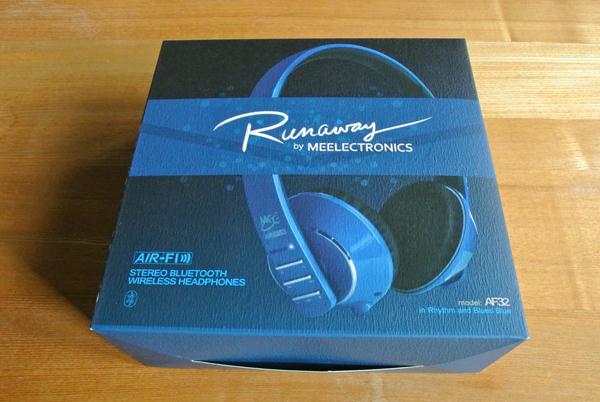 I’ve never been a huge advocate of wireless accessories; being an avid gamer, the idea of a wireless peripheral running out of battery while in the midst of battle is basically the most horrifying thought. However, with the torrents of Bluetooth devices now available, ranging from speakers to smartwatches and even lifeloggers, it’s increasingly hard to ignore the benefits of going wireless. What really changed my mind about wireless accessories, in particular Bluetooth headphones, are the MEElectronics Air-Fi AF32 Bluetooth Wireless Headphones. Let’s check them out.

I’ve reviewed a MEElectronics product once before, their M9P earphones (which you can read the review for here), and what stood out to me most about that pair of earphones was the bang for buck you got from what is essentially a budget audio product. The MEElectronics Air-Fi AF32 Bluetooth Wireless Headphones, or simply the ‘Runaway’ headphones, appear to be no different as you will discover as soon as you open its box. 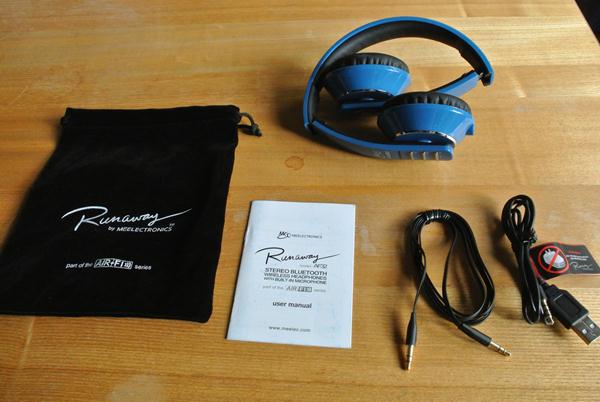 Inside you will find the headphones themselves, a USB charging cable, a physical 3.5mm-to-3.5mm audio cable, a user manual and a felt carry bag to put everything in. As you can see, the Runaway is collapsible into quite a small package, and while this feature is already a nice plus, I like that MEElectronics has also included a bag to store it in, particuarly as the headphones are quite glossy and potentially susceptible to dirty and damage. Naturally, the bag also serves as a nice place to store the included cables so that you can charge them wherever you can find a USB port. While the folding of the headphones is a great travel convenience, I did notice, especially after playing around with it for a few minutes, that the join between the two edges coming together are quite close and often emitted a sharp clicking noise when unfurling the headphones. This was actually caused by the plastic inner layer being pulled back and released, snapping back and causing the sound. Whether or not the headphones can put up with this continued abuse remains to be seen, but the fact that it fits so flush when the headphones are in place does make the Runaway one attractive set of audio equipment. 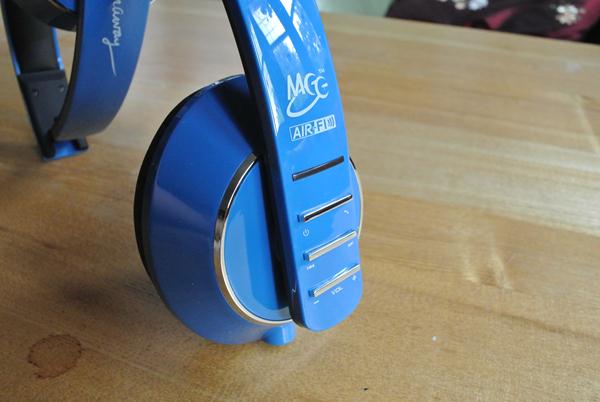 The Runaway comes with just 6 buttons, all located on the right side, including a power button, answer call button, skip forward and back, and volume up and down. It’s pretty much all the buttons you’ll ever need from a mobile headset and setting it up is pretty simple; all it takes is to hold the power button for a few seconds and the pairing can begin. Above the buttons are two LEDs which help indicate things such as charging, Bluetooth connection and searching for pairings. A flashing blue LED is pretty standard issue for most Bluetooth devices, but I felt myself loathing the blue light on the Runaway as it routinely illuminated my room while I listened to music before I slept. It’s not a huge issue, but for people who are pedantic about these things, it can be irritating. Otherwise, the lights are a nice, simple way of indicating the few things that the Runaway does. 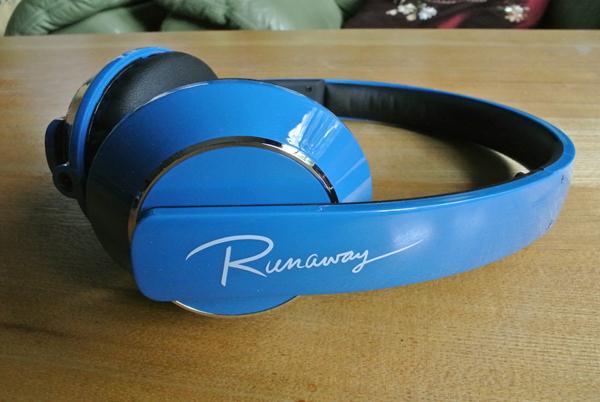 As I mentioned earlier, a 3.5mm-to-3.5mm audio cable is included with the Runaway which will enable you to continue listening to music using the headphones even when the batteries have run flat. It’s a very nice touch to allow passive audio listening when the headphones are unpowered, though the cable is only a stereo cable which means you won’t be able to use the Runaway as a mobile headset while using it in this configuration. I did find it unusual though that the audio cable plugs into the right side of the headphones whereas the majority of wired headphones will have only a wire coming out of the left side; again, just a niggling issue. And yes, the Runaway does actually have a hidden microphone located on the right side which can be used to receive calls when connected via Bluetooth. 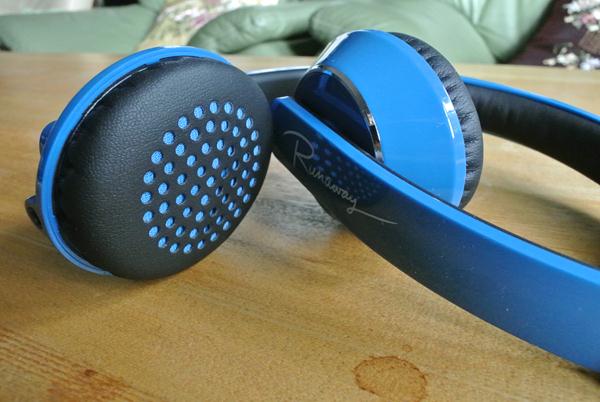 It might be difficult to tell from these photos, but the Runaway headphones are insanely light. MEElectronics has really boiled the Runaway down to the bare essentials and it’s resulted in a pair of headphones that weigh almost nothing. As you can expect then, the Runaways are a dream to wear. Since they are so light, the head cushion almost feels like its not there and the ear cushions are fantastically soft.

The Runaway isn’t a tight set of headphones either which makes them probably one of the most comfortable headphones I’ve ever worn, right up there with the Steelseries 5Hv3 (which I reviewed here). Unfortunately, this does affect the sound of the headphones, which we’ll get onto next. 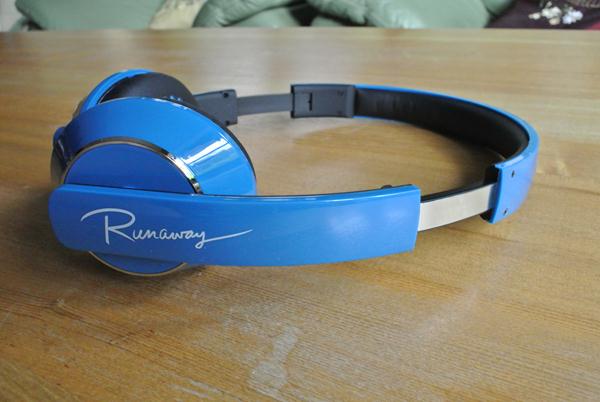 The audio quality is sharp and precise. The treble and mid ranges are clear and crisp and the bass is good. The bass could probably stand to be a little beefier, but in this day and age or bass-heavy headphones, the Runaway’s balanced sound is a nice change of pace. That said, if you turn it up, the bass can become incredibly intense, and indeed, the sound of the Runaway doesn’t appear to be phased by the increase in volume. If anything, the only weakness the audio of the Runaway has is the Bluetooth connection itself, which from my experience, has a few too many glitches in it to be enjoyable. Of course, you can always connect to it via audio cable which does away with the problem, but then you have to endure the fact that it’s no longer wireless. 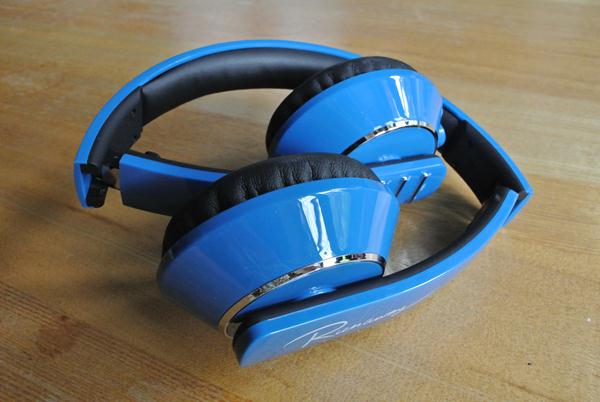 Returning to the fact that the Runaway is a ‘loose’ set of headphones: while the Runaway does fit quite snugly, there is no active or passive noise cancellation meaning that sound can get in and out of the headphones quite easily. This might not be an issue for most, but those commuters among you who will be listening to music in the hustle and bustle may have to turn it up a little during their travels. As a travel audio accessory, the Runaway is a pretty good one: able to fold up into a tiny footprint and with a carry bag provided, the Runaway looks like a good option if you’re travelling quite a lot. They’re not terrible big or incredibly heavy which makes them a good fit for the bill.

Furthermore, I think they are a really nice looking set of headphones. Particularly in the rhythm & blues blue, I think the looks of the Runaway rivals that of a set of Beats Solo headphones (gasp). Yeah, I said it. Having said that, I don’t exactly like the look of the buttons on the Runaway; somehow I feel like the straight bumper buttons clash with the whole curved, sleek vibe of the headphones, but that might just be me. The Runaway sounds damn good too which makes it an exceptional choice for personal headphones. And at $99.99 USD, it’s right in the sweet spot for a pair of Bluetooth headphones, and the fact they sound amazing is a huge bonus. My only gripe of course is that my Bluetooth experience wasn’t as smooth as it could be, but the benefits of having wireless headphones is significant. Using it as a mobile headset is also practical as the mic is clear and call quality is pretty much the same as if you had the phone to your ear.

All in all, the MEElectronics Air-Fi AF32 Bluetooth Wireless Headphones are a fantastic package for a great price. And as of 20/01/2014, MEElectronics are actually having a sale on their store, cutting the price of the Runaway down to $74.99. If you weren’t convinced that they were great value before, they’re now 25% better. Check out the MEElectronics links down below to jump on the offer or check out some of MEElectronics’ other products. 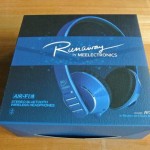 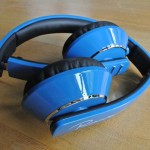 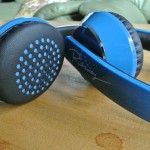 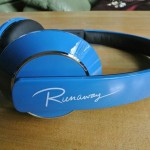