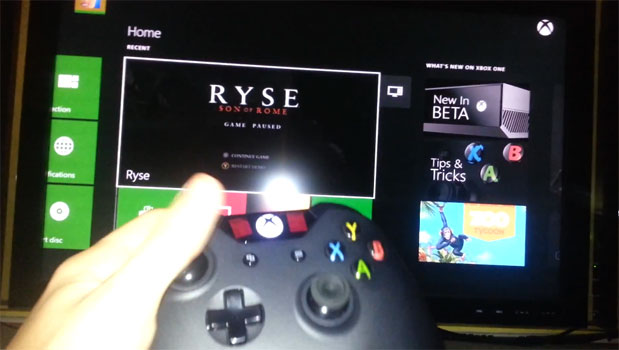 Imagine it’s November 22nd: You’ve got your shiny new Xbox One from the local games merchant, you’ve got it home, and it’s time to video game. Aw shucks, the internet is out! But that’s okay, as you’ve got yourself a physical game disc ready to go. Sadly, it looks like you’ve got yourself a $500 paperweight until your ISP comes back online. “Functionally, you will be able to do very little without taking the day one update,” Microsoft senior director of product management Albert Penello told Engadget in a recent interview. We posed just such a scenario to him, and asked what we could do with an Xbox One out of the box. “Nothing. You need the Day One update,” he said.

We’ve known since June that the Xbox One would require such an update, but not how comprehensive it will be. “A lot of the apps come with the day one update because they wouldn’t have even been done,” Penello added. “You’re gonna need to take this update. It’s not gonna be really an optional thing’.” Essentially, the Xbox One currently being manufactured contains a relatively old version of the console’s operating system, and thus the need for such an update. That even games are unplayable may seem a bit extreme, but it’s a measure of the system’s software being updated until the very last minute. Fingers crossed your internet service is strong as we head toward launch later this month!

Facebook
Twitter
Pinterest
WhatsApp
Previous articleHere are five especially neat things the Xbox One can do
Next articleMicrosoft’s 12-minute Xbox One demo shows off the dashboard, Kinect and apps

August makes the highest-rated smart locks around, and for a good reason. August's locks are not only easier to install
Read more
News

The Note 20 Ultra will apparently be cheaper than the Galaxy S20+.What you need to knowSamsung's upcoming Galaxy Note 20
Read more
News

August makes the highest-rated smart locks around, and for a good reason. August's locks are not only easier to install
Read more

The Note 20 Ultra will apparently be cheaper than the Galaxy S20+.What you need to knowSamsung's upcoming Galaxy Note 20
Read more

Looking to save even more money on Mint Mobile? Here are the current deals and promo codes to help!Finding a
Read more