HomeNewsUK Poll Discovers That People Get Bored Of Their Phones In Just...
News 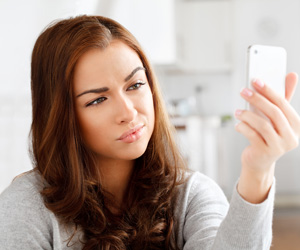 Ever get bored of your phone soon after you sign on the dotted line for it? Apparently, you’re not alone. According to a survey conducted by British network, O2, people start to get bored of their phones after an average of four months. This was actually done in conjunction with O2′s launch of their “Refresh” initiative, however the survey does raise some interesting questions of how the technology landscape has evolved recently.

Other particularly interesting statistics from the survey include the fact that 25% of the people surveyed had become bored of their phones in less than a month, and also that 60% of people would happily replace their current phone even if it still worked perfectly fine. It’s definitely an interest phenomenon, which O2 calls “tech lust”, and has us all scrambling, or at least pining, after the newest tech toys that we see hitting the market. I don’t think it’s a stretch to say that most of us do it, but what is causing us to want more and more even when our devices are generally working perfectly fine? O2′s General Manager of Devices, David Johnson, sums it up best: “With technology advancing by the day, it is perhaps little surprise that the initial euphoria of owning a new device wears off faster than ever.”

That’s not to say “tech lust” is bad, per se; our “lust” is helping to push and accelerate the market, while the networks and phone manufacturers are essentially enabling us to perpetuate this kind of turnover, but it’s definitely interesting to think that in general you’re most likely going to get bored of your phone before your contract is even half finished. Perhaps it’s a good thing all the networks are gravitating towards handset-switching plans then. What about you: are you bored by your phone already? Let us know how you feel about your phone and how long you’ve had it.

Note: There is a poll embedded within this post, please visit the site to participate in this post’s poll.