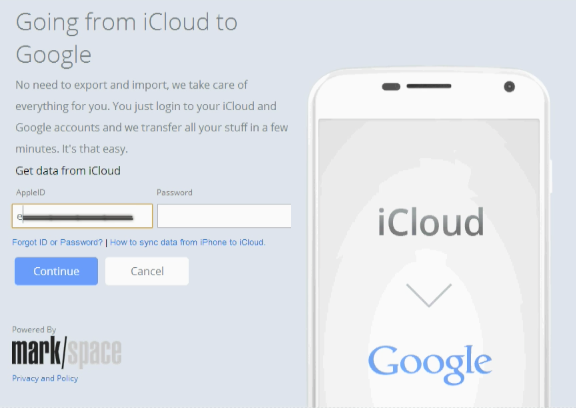 Google’s Motorola arm is attempting to streamline the process for iPhone users to switch to its flagship Moto X device by enabling it to extract contacts and calendar events from iCloud backup files. The new tool was announced yesterday by Motorola vice president of product manamgenet Punit Soni on Google+ (via GigaOM).

The service, which also has an official support page, is powered by syncing service Mark/Space and is done through Motorola’s MotoMaker web service, which allows users to customize the color and details of a Moto X device. The iCloud transfer service can be intiatied after a user has bought a Moto X from MotoMaker and selects the “I have an iPhone” option from within the Migrate feature, and transfers the data to a Google Account after the user has signed into their iCloud acocount.

Addressing the new iCloud migration tool, Soni notes that “There is a long way to go, but its a start”, which may indicate that the transfer service will see updates in the future.

Motorola originally announced the Moto X in August, with the device including a number of features such as a 720p AMOLED display and Touchless Control via Google Now integration. In February, handset manufacturer HTC launched a similar service for iPhone owners switching to the HTC One, but offered data migration direct from iPhone backups, which transfers more data compared to Motorola’s iCloud sync service.