Home How to How to turn off BlinkFeed in Sense 5.5
How to

How to turn off BlinkFeed in Sense 5.5 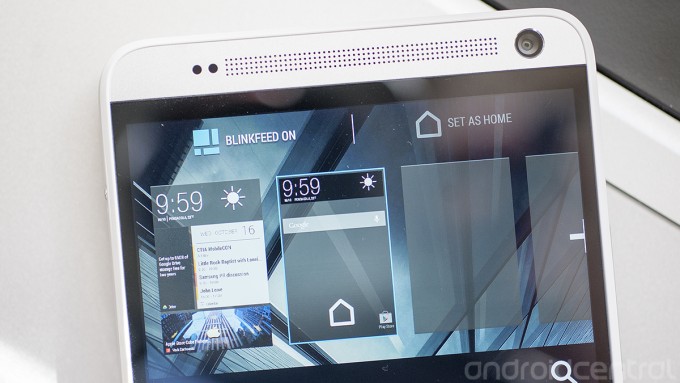 One of the more radical changes HTC brought in its Sense 5 user interface was the addition of BlinkFeed, a somewhat customizable news reader built into your home screens. In fact, it was meant to serve as your home screen, showing you the latest from your favorite news sources, Facebook and Twitter.

And as you'd expect, BlinkFeed was polarizing. New features can be hard to sell, especially when it comes to forcing them onto a home screen — and doubly so when there's no way to turn them off. Sure, you could just install a new launcher — or just ignore BlinkFeed in the first place — but that wasn't really the point for many.

But starting in Sense 5.5, which debuts on the new HTC One Max, you'll be able to easily turn off the BlinkFeed pane.

Torino make the short journey across Turin to the Juventus Stadium today for the Derby della Mole. Don't miss a
Read more
How to

The 2020 Fourth of July International Hot Dog-Eating Contest may not be in front of a live audience this year,
Read more
How to

How to swim in Animal Crossing: New Horizons

Learning how to swim is the only way to find all the new sea creatures added in the massive summer update.
Read more