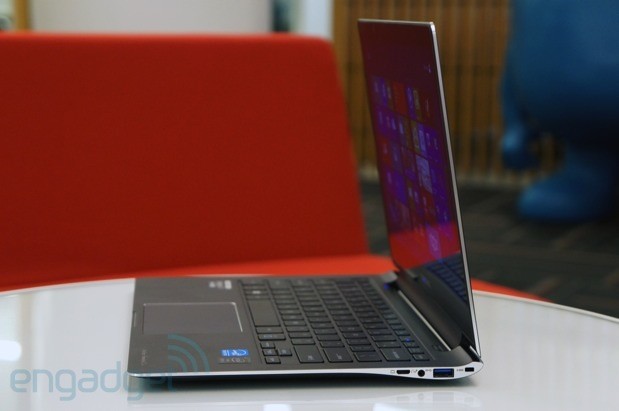 When Samsung first released the Series 9 in 2011, it quickly became one of our favorite laptops of the year. Then, once Intel threw its marketing weight behind Ultrabooks, it became our favorite Ultra. But the Series 9 was born in the Windows 7 era, and it became harder and harder to recommend as touchscreens became the standard. Now, though, we have the ATIV Book 9 Plus, the first truly flagship-level Ultrabook Samsung has released since Windows 8 came out.

As you’d expect, it trades in the Series 9’s matte, anti-glare display for a touchscreen. What’s more, though, Samsung also cranked up the resolution, retiring that old 1,600 x 900 panel in favor of a 3,200 x 1,800 one. And, of course, it steps up to a newer Haswell processor, which promises not just faster performance, but also longer battery life (not that endurance was a problem on the original). So is it still our favorite Ultrabook? Pretty much.%Gallery-slideshow99388%