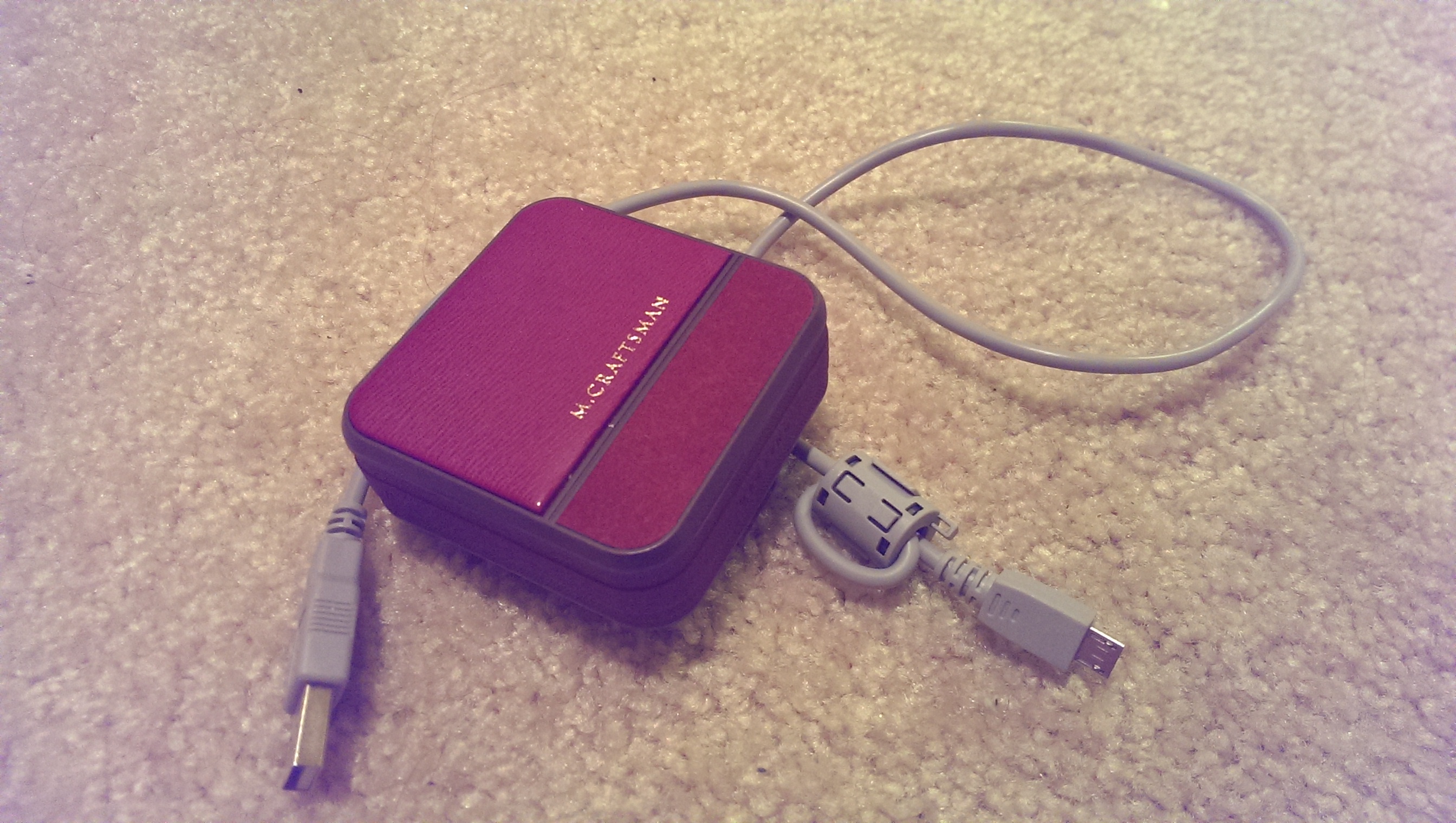 The “breathe” is a Luxury Portable Charger, which is another way of saying it’s really just a higher-end external battery. The side of the box reads, “Luxury portable charger in a unique style.” It’s square shaped, lightweight, and comes in many colors. It’s an alternative to the typical “hard drive shaped” external battery packs.

I’m not a fancy guy; I usually judge items by their function first and looks comes low on my list. This Luxury Portable Charger has both of these. Not only does the upper portion have genuine leather and velvet, but it feels solid in your hand and (most importantly) works well as an external battery. The rest of “breathe” is surrounded in molded plastic, but it has a sort of rubber feel that seems rather durable, if I were to drop it, I don’t think anything would happen to it. The small size of 65mm X 65mm X 21mm and availabilty in Black, Banana, Copper Man, Gossip Pink, Carmine Lady, White, Scarlet Brown, Maya Blue, Spring Green, and Silver Galaxy gives the consumer a fashionable, unconventional, and full-functioning alternative for external power on-the-go.

I put the “breathe” through the paces while Ingressing and it was able to keep up to the game’s high gameplay drain most of the time, but only when my screen was off. Ingress is the perfect storm for a dead phone in 2-3 hours; GPS/data are streaming constantly, you’re usually outside during the daytime so screen brightness needs to be cranked, and during the summer devices can get hot. There were times where battery drain was higher than battery charge during some hot days when my One was stressing (reaching 110-125 degF) even with the screen off, but battery chemistry comes into play when the One reaches higher temps (internal battery output is well over 1,000 mA constantly) and adding a charge that’s higher than drain under those conditions is difficult. When that point is reached, the “breathe” simply slows down the drain, which still helps a lot. The battery does have a 2A output, but that doesn’t mean it can always be used; the One (and all other devices) will only utilize what’s safe, so keep that in mind. 90% of the time though, the “breathe” charged my One as it should, under normal conditions it’ll add 4-500 mA while charging with screen off and will go from 200-300 mA and have occasional negative values (meaning it’s draining higher than charging) with the screen on. Output isn’t anywhere close to 2A, but once again the circuitry in the battery and phone will only allow a charge that’s safe, so I can’t fully fault the battery for this. The 5,500 mAh capacity can fill your average phone twice, though it’ll take probably 4 hours each time and can be fully charged itself in about 3-4 hours. 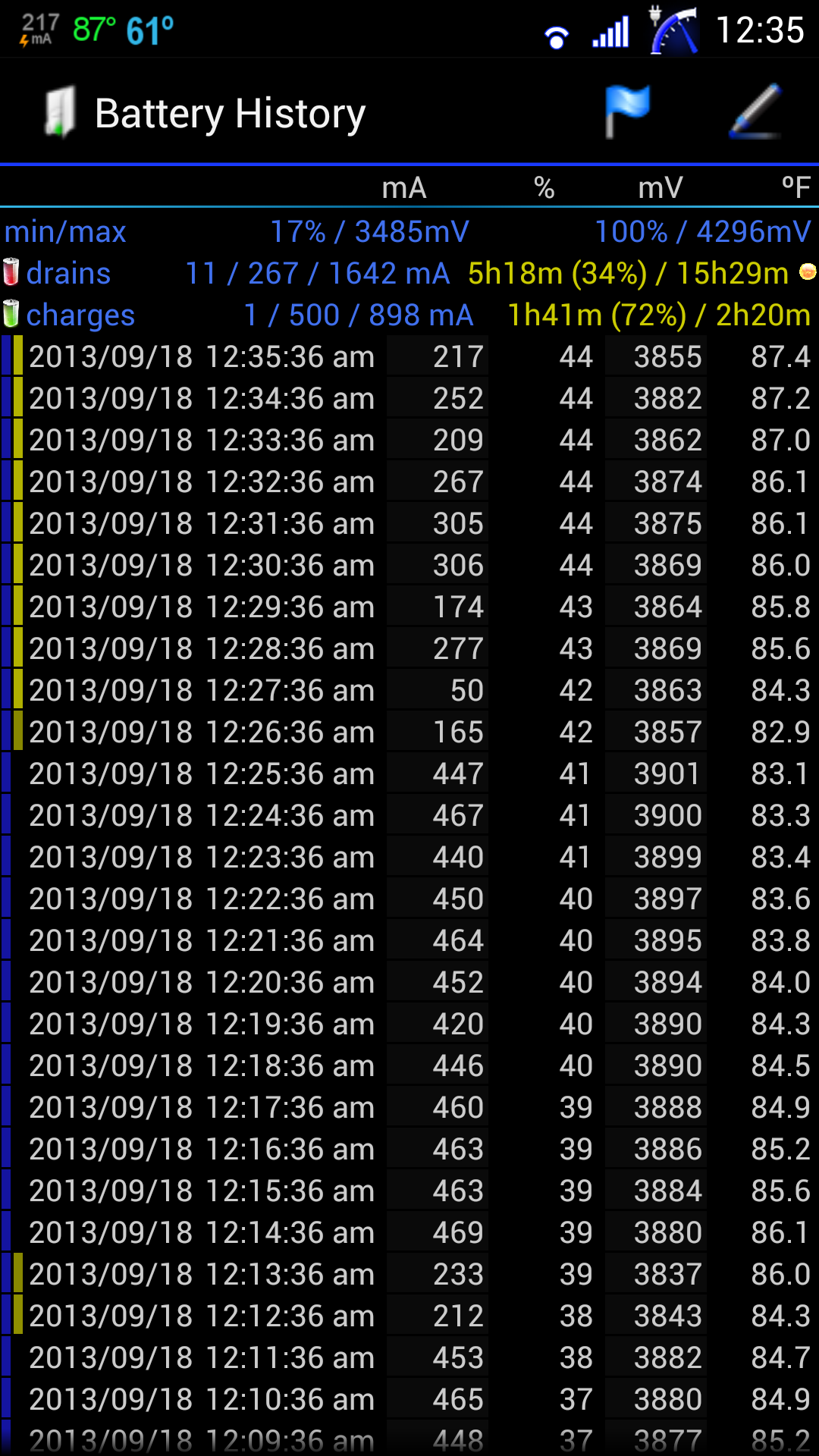 The yellow bars on the left is when the screen was on, blue means the phone is charging.

Plug in your device with the provided micro-USB cord on the full-sized USB slot on the battery, swipe the velvet pad on the top from left to right, and it’ll start charging with a glow along the perimeter. To check the battery level, tap and hold on the velvet pad briefly until the perimeter lights up letting you know “you’re doing it right” and it’ll follow by a glow of 1-4 pulses letting you know how full the battery is. If the “breathe” becomes unplugged, the battery will shut off on its own. To charge, use the micro-USB cord in reverse and plug it into the micro-USB slot on the battery and plug it into a computer or use your standard micro-USB phone charger.

What’s in the box?

You get the “breathe” itself, a micro-USB charging cord, and instructions. The provided instructions themselves are a little confusing and try to explain the battery level with graphs, which was completely unnecessary; all you need to know is power level is indicated with 1-5 pulses after you hold down the velvet pad as described previously. 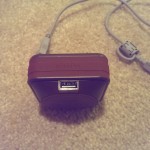 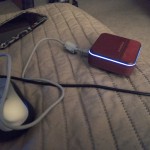 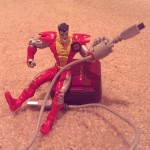 The “breathe” Luxury Portable Charger is a good option to power your device on-the-go if you want something that’s different and looks sophisticated. If you pull one out, no one will know what it is at first. The wide variety of colors broadens its consumer base and can be for either men or women, though most of the color options are geared more towards women (like mine). I think it makes for the perfect give for the tech-lover in your life.