HomeNewsThe Reason The Moto X Is Priced As It Is May Be...
News 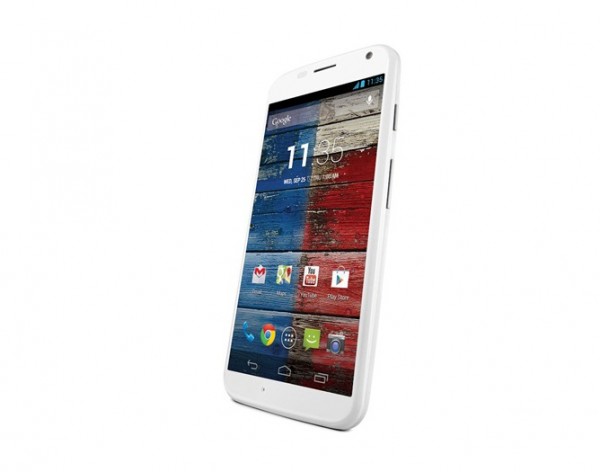 There’s been a lot of hoo-hah these last few days regarding the freshly announced Moto X phone from Google and Motorola; some of it is good, particularly from the parties that have had a change to try it, and quite a lot of it has sounded resoundingly bad. One sticking point in particular is that the phone still costs $200 on-contract and is rumoured to cost around $600 off-contract, and for the hardware specification counting folk, this is simply too high a cost for a phone with mid-range hardware.

There is, however, a very simple explanation for this high price, and it’s rooted in the pride that Motorola has repeatedly shown in being able to say that the Moto X is manufactured in its native America; ‘Made in America’ means paying American wages, albeit, as The Atlantic has found, Motorola has gone out of its way to find some of the cheapest wages it could find, settling on Texas company called Flextronics.

This is simply good business sense for the maiden device from MotorGoogle, but you might be thinking if wages are so low, why isn’t the phone cheaper, like the $300 Google Nexus 4? This is simply because wages in Asia, where the LG built Nexus 4 and countless other phones with higher specifications are made, are much lower than those mandated in America, sometimes even getting in the region of $1/hr in Chinese factories. These low labour costs in turn result in a device whose raw cost to manufacture is far below anything a western country could ever hope to make with equivalent hardware specs.

There is no way to compete with this kind of labour and raw device manufacturing cost, which is why Motorola and Google have so heavily emphasized their features and usability, because at the end of the day, if you value features and usability, you might not mind paying the premium for the most unique Android experience to date.

Still think the Moto X is too expensive? Let us know what your thoughts are about the price.

UPDATE: Just to clarify, it is erroneously implied that the Moto X is completely manufactured in the U.S.A; the Moto X is in fact only assembled in America, however they does not change the argument of the article as all these factors like shipping parts, labour costs, etc. all still add up to the raw cost of the device, which is undoubtably more than a device that is shipped in its complete form.

How to start or join a group workout on Fitness+