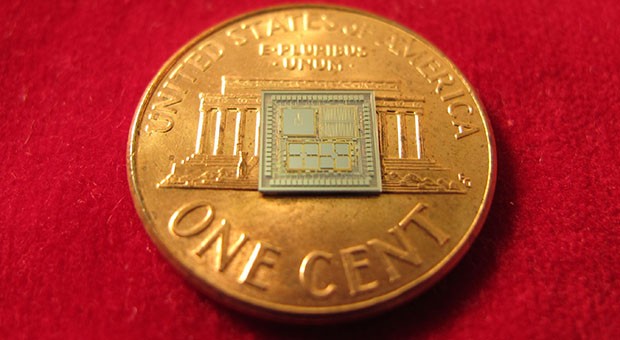 Before satellites, getting from A to B without radio signals involved cumbersome inertial systems found only on advanced civilian and military aircraft. Those are still the best backup for GPS, and working with the University of Michigan, DARPA has found a way to reduce the once fridge-sized units to half the width of your fingernail. The chips contain everything needed for precise navigation including an accurate master clock, a three-axis gyroscope and three accelerometers, all contained in three hair-width layers. If it gets out of the lab, it would give soldiers another option in the event of an enemy GPS attack or when they’re in a tunnel, and might even guide you to that Macy’s restroom if it ever hits civilian form.