Google I/O registration begins tomorrow at exactly 7:00 AM PDT, so I hope you all have your alarms set, Google+ accounts registered, and Google Wallet information prepped to shell out $900 for a ticket ($300 for academic students and faculty). Yes, Google is requiring registrants to have a Google+ and Google Wallet account this time around, but I’m guessing most of the people attending already have both accounts set up (or at least one). 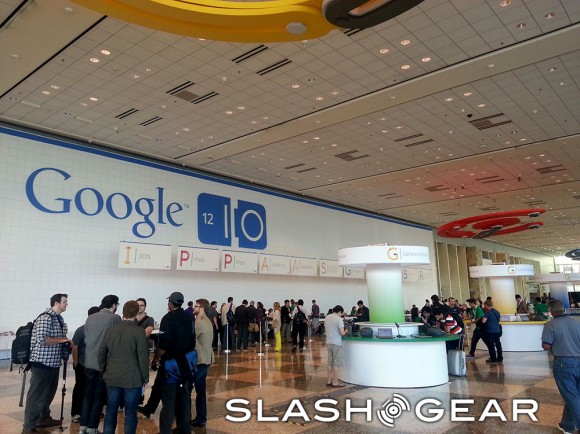 This years event is taking place one month earlier than last year, from May 15th to May 17th. If it’s anything like last year, tickets will sell out within the first 20-30 minutes, so this is one of those times where you have no time to contemplate spending $900, you just go ahead and do it. Rest assured that you will be more than compensated by the free Google swag that Google offers every year. I believe at last year’s event, all attendees received a Galaxy Nexus, Nexus 7, and a Nexus Q.

This year’s event will most likely be just as eventful as last years. Google should be announcing its latest update to the Android operating system, Android 5.0 Key Lime Pie and all of the new features it will bring. It will most likely show off its Project Glass again, and there may be a chance that the Motorola X-Phone will be unveiled. The company will most likely have several secrets that they will be revealing during the event as well.

The event will be held at the Moscone Center (West building) on 800 Howard St. San Francisco, CA 94103. Google I/O is always a highly anticipated event, and it’s one that you don’t want to miss. If you aren’t able to attend, either due to the location or because 6000 other people bought out all the tickets, you can get coverage from the event straight from us. SlashGear, like last year, will be covering the event live. Head to this link tomorrow to purchase your ticket.