The reviews are in for Microsoft’s Surface Pro, and while it’s been a mixed bag overall, we actually enjoyed our time with the tablet, but one area that many people weren’t too pleased about was battery life. During our tests, we were getting around 4.5 to 5 hours, with 6 hours during some occasions. However, it looks like Microsoft may have a solution. 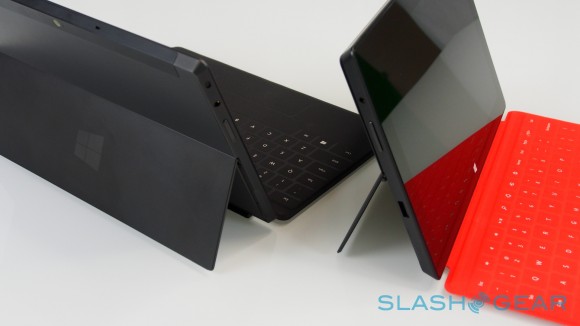 Panos Panay, Microsoft’s corporate vice president working on the Surface tablet, recently hosted an AMA session (Ask Me Anything) on Reddit about the new Surface Pro. When asked if the company had any plans for an external battery of some kind, Panay said that this “would require extending the design of the accessory spine to include some way to transfer higher current between the peripheral and the main battery.”

Luckily, that’s exactly what Microsoft did. The company added new connector plates to the bottom of the Surface Pro, which aren’t being utilized yet, but Panay hinted at the fact that the company may introduce some new accessories down the line that would take advantage of these new connector plates, which may even include an external battery/keyboard hybrid.

Of course, nothing is set in stone, but it sounds like we should be looking forward to some Surface accessories at some point in the future, whether or not that includes an external battery of some kind. It sounds like a battery-equipped keyboard can be done, though, so it doesn’t sound completely farfetched, but we’ll have to wait and see what Redmond has in store for us later this year.