HomeNewsDirector Ran Out of Money, Finished Shooting his Oscar-Nominated Movie on an...
News

Director Ran Out of Money, Finished Shooting his Oscar-Nominated Movie on an iPhone [iOS Blog] 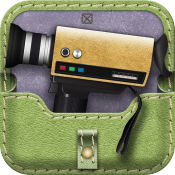 While filming Oscar-nominated documentary “Searching for Sugar Man”, director Malik Bendjelloul said, in an interview with CNN Money, that he ran out of money and had to finish filming his movie on his iPhone with the 8mm Vintage Camera app.

I started shooting this on a Super 8 camera, like with film, which is pretty expensive stuff, and completely ran out of money. I really had a very few stuff, it was a very few shots left but I needed those shots. And one day I realized that there was this $1 app here on my iPhone and I tried it and it was basically the same as the real stuff.

In the past there have been other directors, like Oldboy director Park Chan-wook, who’ve used iPhones to shoot films. There’s even an iPhone Film Festival dedicated to movies shot on the devices, but Bendjelloul’s film has since been nominated for an Academy Award.

Nexvio Inc.’s 8mm Vintage Camera app has seen an increase in downloads in the past five or so days, according to a chart from sister-site AppShopper. The app has gone through a couple different price drops over the past year and a half, which is why Bendjelloul refers to the app as a “$1 app,” but is currently available for $1.99. [Direct Link]

macOS Monterey: Here Are All the Features Your Intel Mac Won’t Support