HomeNewsSony NEX-6 review: it's the whole package, for just shy of a...
News

Sony NEX-6 review: it’s the whole package, for just shy of a grand 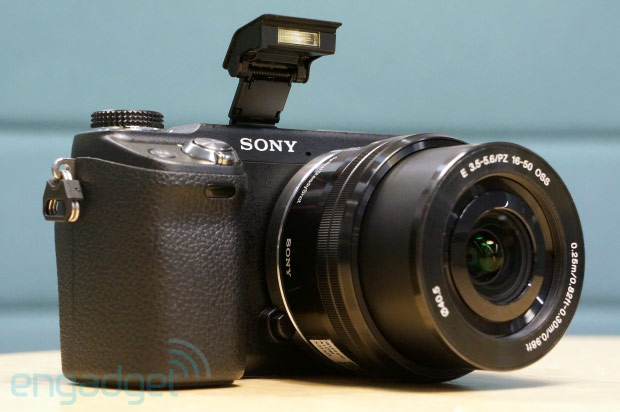 Sony had a lot to show off just before we hopped aboard a flight to Photokina. The A99 was a lightweight bargain of a full-frame DSLR, the Cyber-shot RX1 was the most powerful compact we’d ever seen and the 16.1-megapixel NEX-6 was one of the finest mirrorless models of the year — in other words, this is a camera manufacturer that’s doing it right, with a wide range of high-end products that would make any tech giant proud. We won’t dwell on the firm’s troubling financial misfortunes, but based on the company’s recent success in the digital imaging space, Sony absolutely needs to remain afloat — the interchangeable-lens camera market simply wouldn’t be the same without it.

For now, we’ll focus on the NEX-6. You can snag this compact body for $850 without the lens, but you’re probably gonna want to splurge for the kit. At just under $1,000, the 16-50mm power zoom lens duo is clearly Sony’s premium 2012 entrant. It’s the first such model to pack a brand-new collapsible optic — it’s not the speediest lens, by a long shot, but it is convenient, and versatile. Sony’s standard 18-55mm lens is famously oversized in contrast to the relatively thin profile of nearly every NEX model. It’s fairly hefty, suffers from significant barrel distortion and is prone to netting nicks and scratches.

With the NEX-6, that aging version’s been retired — at least temporarily, considering that it may pop up with lower-end models next year. This is also the first Sony mirrorless to feature a dedicated mode dial, and you’ll get the NEX-7’s OLED EVF, along with a built-in flash and a full-size hot shoe. All this in a body that’s marginally larger than the NEX-F3. The 6 is clearly a miniature powerhouse, but is it destined to become yours? Find our take after the break.