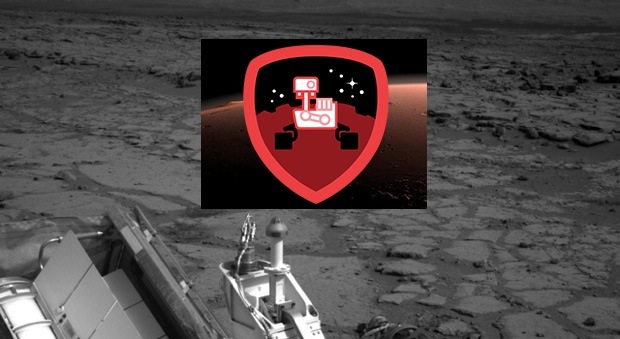 While many of us were opening presents and having our fill of mulled cider, NASA’s trusty Curiosity rover was busy at work capturing panoramic views of Yellowknife Bay, a shallow area of unusual terrain on the Red planet. Jokingly dubbed “Grandma’s house” by the crew, the rover spent over 11 Martian days there so that handlers could take some time off for the holidays. When they get back, the space vehicle will hopefully have provided enough data to pinpoint a potential drilling area so it can drill, collect and analyze rock samples using onboard tools — a feat never-before attempted on Mars.

The Curiosity rover has, however, checked in on Foursquare on Mars, which is a feat no one else is likely to attempt. In continued collaboration with the social media platform, NASA is now providing a Curiosity Explorer badge to anyone who checks in to a NASA visitor center or a venue categorized as a science museum or planetarium. Badge recipients will get this message: “Get out your rock-vaporizing laser! You’ve explored your scientific curiosities just like NASA’s Curiosity rover on Mars. Stay curious and keep exploring. You never know what you’ll find.” No idea if you’ll get a free “scoop” of space ice cream or a hand in the next Mars mission along with it, but we’re behind anything that boosts the public’s interest in space.