Sony Xperia TL review: the company’s second US flagship is much improved, but still imperfect 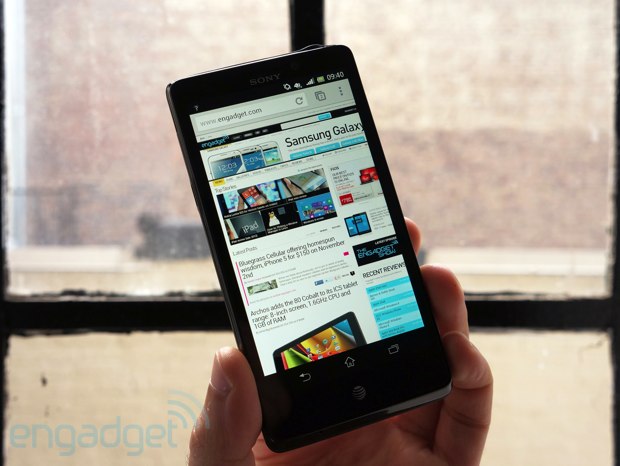 As Sony’s second stab at the US mobile market, the Xperia TL arrives with a major corporate synergistic push: a 007 movie franchise tie-in. But an awkward distinction as the official Bond phone and a smattering of pre-loaded “Skyfall” multimedia content alone won’t drive consumer adoption; the specs and pricing will. Following in the footsteps of the company’s first stateside flagship, the Ion, this AT&T 4G LTE exclusive is priced aggressively at $99 on two-year contract, packing a 4.6-inch HD Reality display (1,280 x 720) powered by Mobile BRAVIA Engine, a dual-core Snapdragon S4 clocked at 1.5GHz, 16GB of storage (expandable up to 32GB via microSD), 1GB RAM, NFC, dual-band WiFi, Bluetooth 4.0, as well as an integrated 1,850mAh battery.

With Ice Cream Sandwich running the show and a planned upgrade to Jelly Bean in the works, it has all the makings of a current-gen high-end offering. So will the Xperia TL help Sony build much-needed buzz for its mobile division here in the states? Can a sub-$100 price tag effectively lure consumers away from the bigger, faster and flashier Android phones AT&T has to offer? Or is this mainly one for Sony loyalists? Find out after the break as we put the TL through its paces.

Sony Xperia TL review: the company’s second US flagship is much improved, but still imperfect originally appeared on Engadget on Fri, 02 Nov 2012 09:00:00 EDT. Please see our terms for use of feeds.