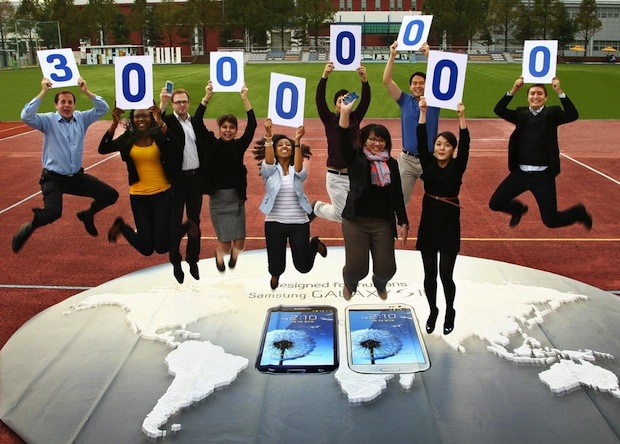 Just hours after Samsung’s Korean arm remarked on the sales of its Galaxy Note II, Samsung Poland jumped into the act confirming the Galaxy S III has moved 30 million units. We don’t know if the celebration included taking a victory lap going the wrong way, but the figure is the highest announced for a phone in the series, after the original Galaxy S topped 10 million in 2011, and the Galaxy S II breached 20 million earlier this year. The line has even spawned spinoffs like the aforementioned Note and upcoming Galaxy S III mini, all while showing no sign of slowing any time soon — lawsuit or not.

Update: Samsung has filled in a few more details, revealing that mark was reached from the supply-side (read: shipped) in just five months, faster than any of its previous phones. That’s one Galaxy S III out of the warehouse every 0.45 seconds, at a rate of about 190,000 per day for 157 days. Compare that to the Galaxy S which took 17 months to pass 20 million, and the Galaxy S II’s 14 month journey to 30 million. Take a peek after the break for a chart and infographic.