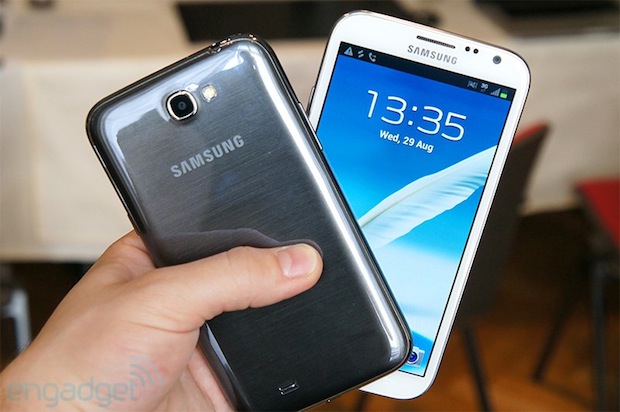 Just over a month removed from launching its latest phablet, Samsung is reporting the Galaxy Note II has already racked up sales of 3 million units. The 5.5-inch stylus-enabled smartphone is selling at more than three times the rate of the original Note, a figure which probably won’t be hurt by rolling out on multiple carriers including Sprint, Verizon, AT&T, T-Mobile and US Cellular in the US. This supersized device can’t quite match the mainstream appeal of Samsung’s own Galaxy S III — which cracked 20 million just 100 days after its debut — but it should quickly surpass its predecessor, last seen cresting the 10 million mark back in August. Still not sure if squeezing this one into your skinny jeans is a good idea? If our review wasn’t convincing enough, Samsung has a few hands-on videos of its own to show off some of its more unique capabilities, and is pushing the Note II with an ad campaign featuring LeBron James (insert joke about needing a 6′ 8″ basketball player to make it look normal here.)