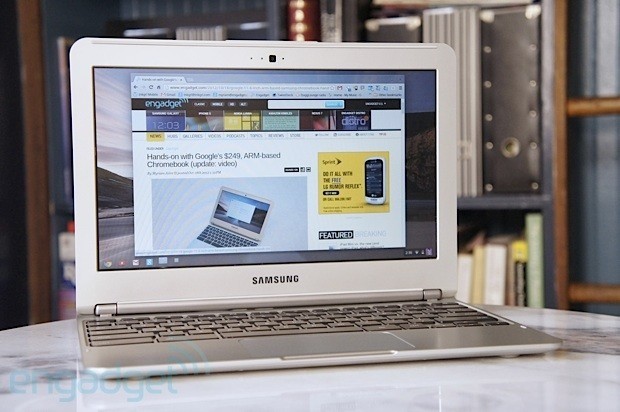 Whenever we review Chromebooks, we always come to more or less the same conclusion: it’s a neat idea, a computer where everything is done online, but it’s not worth the money. That was back when Chrome OS devices were priced at $500, competing with netbooks that could run not just the Chrome browser, but all manner of Windows apps. Ditto for tablets, which can be tricked out with many thousands of apps on both iOS and Android.

But what if we told you the price had been slashed to $249? Then could you see yourself pulling the trigger? That’s the gamble Google and Samsung are taking with the new Chromebook, which retails for $249 with an 11.6-inch display, 6.5-hour battery and a more compact design. All told, it’s as good a piece of hardware as any netbook you’ll find, only cheaper. And good luck finding a tablet-and-keyboard combo for less than $250.

There is one major change this time around, though, and that’s the Chromebook’s dual-core ARM processor, instead of something from Intel’s Celeron family. The performance isn’t likely to be as good, but will that matter if all you’re running is the Chrome browser? Will the lowered price be enough to lure in parents, travelers and other folks looking for a cheap second laptop? Let’s see.