HomeNewsNokia leak suggests there's something between Windows Phone 7.8 and 8
News

Nokia leak suggests there’s something between Windows Phone 7.8 and 8 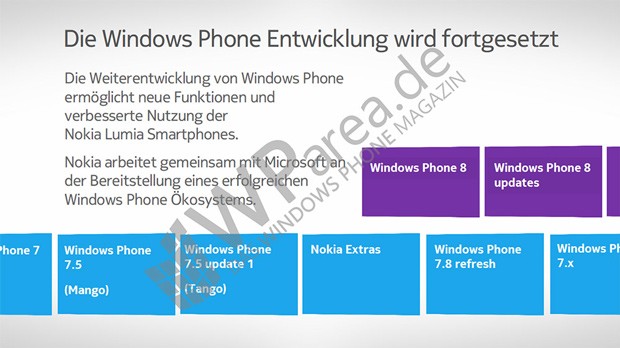 Owners of older Windows Phones who expect to run out of railroad after 7.8 could actually have some cause for hope — meager though it may be. A leaked slide, said to originate from a 25-page Nokia roadmap sent to WParea by an anonymous tipster, points toward at least one more update after Windows Phone 7.8 lands. However, it’s clear that whoever drew up the slide isn’t fully in the know, since the mystery version is simply described as “7.x.”. Meanwhile, the official Russian Windows Phone Twitter account has also kept the wheels rolling by promising 18 months of support for 7.8. We can’t exactly vouch for this either, since the tweet appears to have been deleted, but it does suggest that those last-year Lumias will keep chugging on for a good while longer.

Nokia leak suggests there’s something between Windows Phone 7.8 and 8 originally appeared on Engadget on Mon, 19 Nov 2012 06:36:00 EDT. Please see our terms for use of feeds.