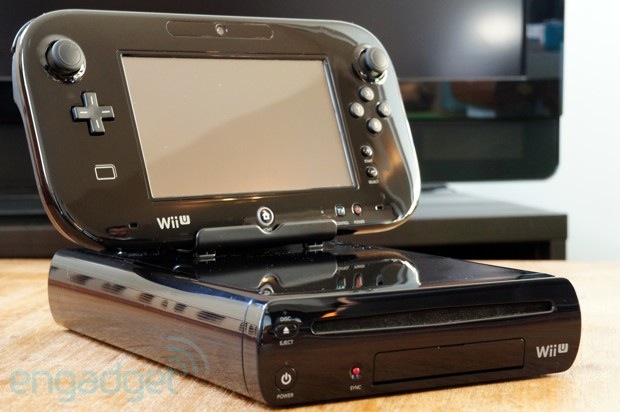 Nintendo’s new console is an anomaly in the game console ecosystem, but not for Nintendo. The company that — in just the last decade — popularized stylus-powered gaming, microphone-powered gaming and motion-based gaming, is once again pushing game control inputs forward. And just like its previous consoles, lessons learned from past hardware build the foundation of its latest effort: the Wii U and its bizarre-looking, but conventionally named, “GamePad.”

The Wii U console itself, for instance, looks almost exactly like the original Wii. It’s longer (10.6 inches vs. 8.5 inches for the Wii), a bit rounder on the edges, and there’s an HDMI port out back, but overall it’s quite similar to its squatter predecessor. It’s enough that you’d get the two confused if they were sitting in the same entertainment center. Naturally, the beefed-up internals and Wii backwards compatibility mean you’ll likely be replacing the ol’ virtual tennis machine should you choose to pick one up.

Of course, the GamePad is the real star of the show here, bolstered by Nintendo’s ambitious “TVii” experiment. Everyone’s favorite Italian plumber looks super in HD, no doubt, but how software employs the multifaceted touchscreen tablet / traditional game controller hybrid is what really matters. So, how does the Wii U fare? Find out below.