HomeNewsNASA finds over 100 billion tons of ice on Mercury
News

NASA finds over 100 billion tons of ice on Mercury 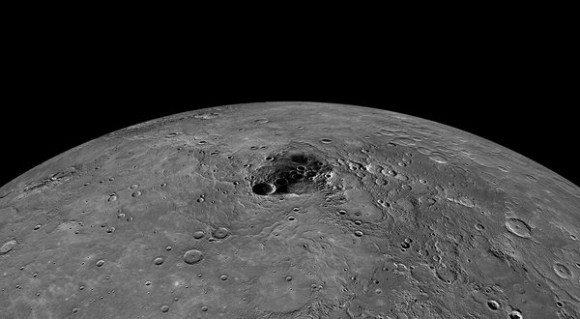 NASA scientists have discovered that Mercury, the closest planet to the sun, is home to a whole lot of ice. This, of course, is the same planet that gets ridiculously hot around its equator, to the tune of about 800-degrees Fahrenheit. There has been speculation for quite some time that the craters located on the planet’s poles might contain ice; now we have confirmation thanks to scientists working with the Messenger mission.

Senior scientist at John Hopkin’s Applied Physics Laboratory David Lawrence, who is part of the Messenger mission, said, “In these planetary bodies, there are hidden places, as it were, that can have interesting things going on.” He’s referring to the deep craters located near Mercury’s poles, which, due to their position, do not get sunlight. In the absence of sunlight, temperatures plummet, reaching lows as cold as -370F degrees.

While the temperatures reach exceedingly cold temperatures and scientists have speculated that the craters contain ice, it was possible that they were lined with some type of reflective substance, such as sulfur. To verify that it was indeed ice, Messenger scientists used the same method that was used to find ice on Mars and the Moon. Researchers counted neutrons originating from the planet, which decreased as Messenger moved over the icy spots, indicating the presence of frozen water.

The findings were published today in the journal Science‘s website in three different batches. The icy areas have been proposed as possible landing regions for robots in the here and now, and possibly a source of water for future colonies placed in locations on Mercury where the temperatures aren’t so extreme. Said geology professor at UCLA David Paige, “People joke about it, but it’s not so crazy, really.”