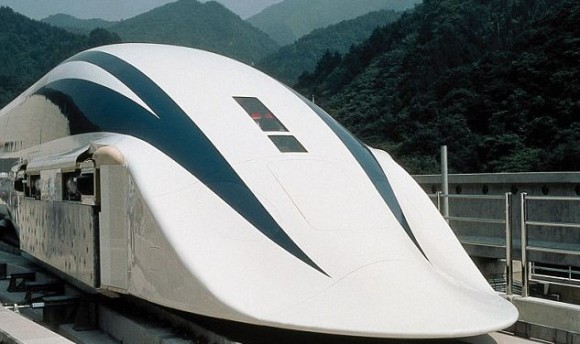 Japan has unveiled the prototype to their new maglev train that promises speeds of around 310 MPH. After more than five months of beginning work on the new train, the Central Japan Railway Company has finished the prototype and are ready to begin testing. Due to go into service in 2027, the train will be first used on a route between Tokyo and Nagoya, where it will travel 160 miles in just around 40 minutes.

Maglev trains, or more commonly known as “bullet trains”, travel on superconducting magnets under the tracks to levitate the train and allow it to travel with much less friction, allowing the trains to achieve much higher speeds, while also providing passengers with a smoother and quieter ride than conventional trains.

It’ll obviously be a very long time until the new trains get put into full service. The first line won’t be ready until 2027, and the Central Japan Railway Company plans to expand the route to serve Osaka by 2045, and will cost around $102 billion. The new trains will have 14 cars plus the cab car, which can accommodate 24 passengers, while the other cars will hold 68 each for a total of just over 900 passengers per train.

Currently, Japan’s maglev trains travel around 150 MPH and it takes around an hour and a half for the current-generation trains to complete the journey between Tokyo and Nagoya, but the new trains will be able to complete the trip in over half the time. Japan is looking at its train technology’s export potential, and says that there’s currently a maglev train system operating in China. However, no word on whether or not the train technology will spread to other parts of the world.