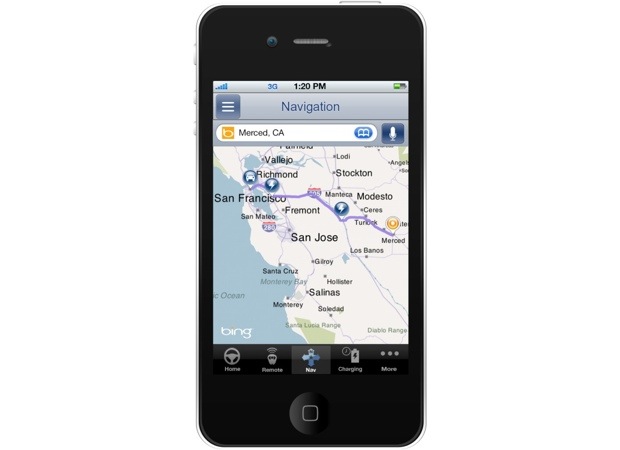 GM has already released an OnStar app that extends smartphone control to a range of vehicles, but it shouldn’t come as much of a surprise that it has bigger mobile plans than that. It’s now announced two new apps designed for EV owners — one that will let you help find EV chargers on your route, and another that will let you pay for the charge with your phone. The first of those is an update to OnStar’s existing RemoteLink app (presumably for both iOS and Android), which will be getting a new Spark EV Waypoint tab that’ll let you enter a destination and then have a route configured that ensures you won’t be stuck miles from the nearest charging station. GM says it will be available in time for the launch of the 2014 Spark EV. The second app, dubbed Park-Tap-Charge at the moment, is apparently still in the prototype stage, but GM promises that it will let you use your NFC-equipped smartphone to pay directly at the charging station, and also check information like the hourly rate of charging or the estimated time for a full charge before you pay. No word yet on when it will be available, though.