HomeNewsChina's Tianhe-2 supercomputer could hit 100 petaflops in 2015, may have a...
News

China’s Tianhe-2 supercomputer could hit 100 petaflops in 2015, may have a race on its hands 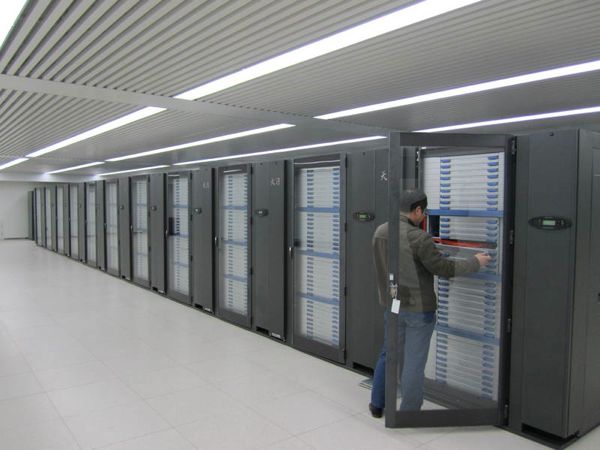 China’s supercomputer development is as much driven by national reputation as by military prowess and science; the country chose to build the Sunway BlueLight MPP with domestic chips knowing that it wouldn’t get the absolute performance crown. It won’t be quite so modest the next time around. China’s National University of Defense Technology wants the Tianhe-2 supercomputer due in 2015 to crack an extremely high 100 petaflops, or five times faster than the record-setting Titan over in the US and a whopping 40 times faster than the Tianhe-1A. Before we hand the crown over, though, Top 500 supercomputer chart keeper Jack Dongarra notes to ITworld that China might have to sprint if it wants the symbolic title: the EU, Japan and US are all striving for the same benchmark, and they’re not backing off anytime soon. The nation’s trump card may have to be long-term plans for an exaflop-strength supercomputer by 2018, at which point we suspect the bragging will simmer down. For awhile.