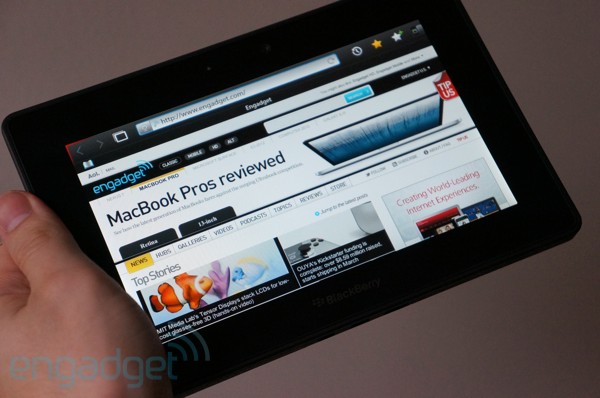 It was over a year ago now that we first heard about RIM’s plans to release a 3G PlayBook, but it looks like it is finally here, popping up on the UK BlackBerry site. Of course, since then it’s gone one better and delivered an LTE version, but if you’re in the UK, and want a little PlayBook action with data to go, you can order one today. Much like its LTE sibling, it comes with 32GB of memory, and gets the same faster 1.5GHz processor too. (The original was 1.0GHz.) The kicker here? The price, at around £420 (about $690 by conversion) this is only £30 ($48) shy of Apple’s 32GB WiFi and cellular iPad mini (at UK prices). On a positive note, while RIM might have had the 3G model lingering for some time, it did beat its own projections. But, with the UK now enjoying LTE, perhaps those interested in a PlayBook might campaign for the faster model to be added to the roster also.