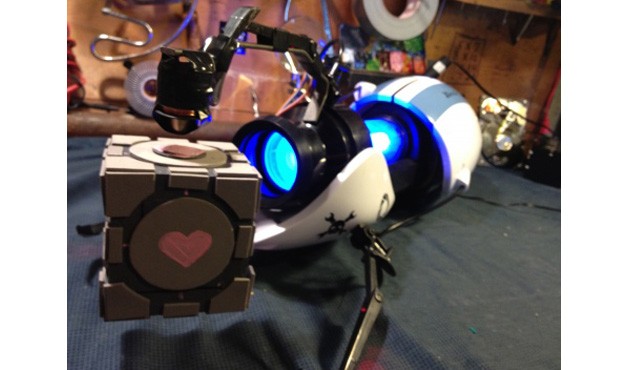 There you were, thinking your NECA-produced Portal gun replica was super neat all on its own. Well, okay — it is — but wouldn’t it be even cooler if you could use it to make a baby companion cube levitate in mid-air with it? That question is exactly what lead to Hack a Day’s creation of just such a device, as seen in the video below the break. By reappropriating a magnetic floating globe’s parts and attaching said parts to both the gun and a homemade companion cube, Hack a Day were able to recreate at least part of the magic Chell experiences in her Aperture Science adventures. Of course, if you move the gun too much, the companion cube will fall out. Just think what that does to its psyche! You monster.

Your Portal gun isn’t as cool as Hack-a-Day’s Portal gun (which actually levitates a companion cube) originally appeared on Engadget on Fri, 12 Oct 2012 02:29:00 EDT. Please see our terms for use of feeds.