HomeNewsXbox: The new face of 'entertainment' at Microsoft, beyond just video games
News

Xbox: The new face of ‘entertainment’ at Microsoft, beyond just video games 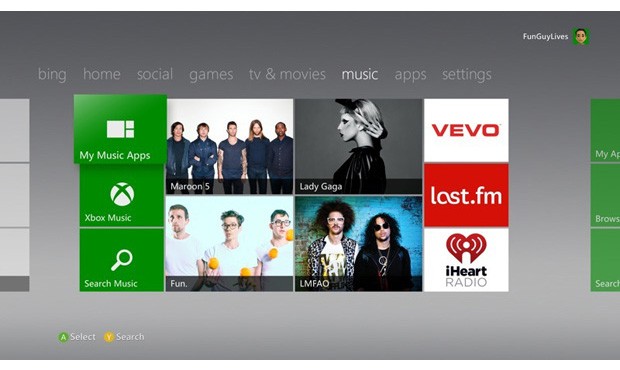 The most striking takeaway from a recent meeting I had with Xbox Music GM Jerry Johnson wasn’t the Spotify-like service he was in New York City to show off, but rather what he said about a much larger internal change at Microsoft. Having been relegated to the world of video games for the past decade, Microsoft is opening up its Xbox branding to a larger world of media. “‘Xbox’ is actually going from thinking about gaming in a device to being the entertainment face for all of Microsoft,” Johnson said — a major change from the Xbox name’s place as a stand-in for “the Halo and Gears of War box,” trotted out once or twice annually by lower level execs from the Washington-based software giant. “That’s what the company — all the way up to Steve Ballmer — have gotten behind. That’s why you’re gonna see movies on Windows 8 slates, you’re gonna see music, and it’s gonna be branded as ‘Xbox.’,” he explained. This naming convention carries to Windows Phone 8 and Windows 8 RT as well — all post-Windows 7 Microsoft devices (and Xbox 360) will refer to music and video libraries as “Xbox Music” and “Xbox Video,” respectively.

But to many, that shift could be confusing. Isn’t “Xbox” that thing in the living room? When “Xbox Music” shows up on Windows 8 devices later this month, will your average user understand that, no, they don’t have to own an Xbox to listen to the music therein? Johnson’s not worried about that potential reality. “The brand has continued to evolve,” he argued. “I don’t think it’s left anything behind, I think it’s broadened the number of people who engage in these type of experiences. And Microsoft as a company I think recognizes that, and it’s more about Xbox meaning ‘entertainment.'”

Xbox: The new face of ‘entertainment’ at Microsoft, beyond just video games originally appeared on Engadget on Mon, 15 Oct 2012 13:00:00 EDT. Please see our terms for use of feeds.