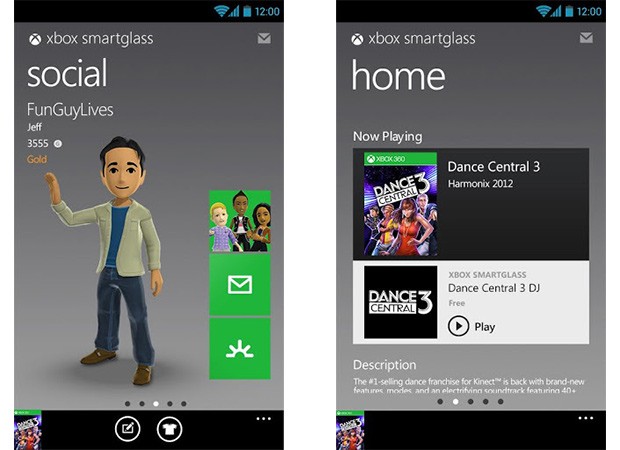 Hot on the heels of the Dashboard update for the Xbox 360, Microsoft’s SmartGlass integration is now a reality for Android 4.0 users. The companion app branches out from the earlier My Xbox Live app for Android and allows direct control of some console features from Google-powered gear. While Windows Phone users will find the tightest integration of all, the Android port still lets users steer through the Dashboard, input text, browse the web (with zooming), search for local content, and control media playback. Players can still chat with their friends and modify their Xbox profile if they’re not planning to lurk around the system all day. The interface is strikingly similar to past releases (including Android) and still demands at least an 800 x 480 screen for admission — sorry, Wildfire S fans. You’ll find a full roster of features after the break, and can hit up Google Play at the source link below for your own remote.

Jon Fingas contributed to this report.