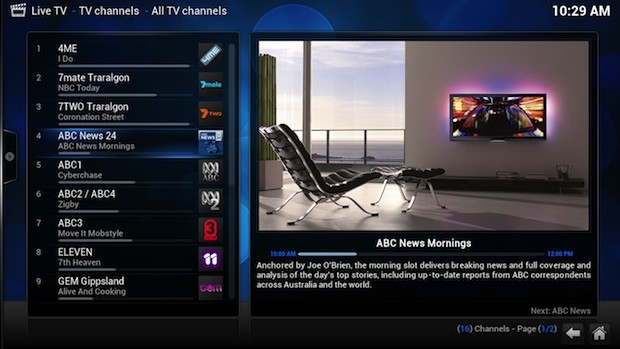 First, we must congratulate the entire XBMC team on reaching the tenth anniversary of one of the project’s first betas hitting the internet, when Yet Another Media Play (YAMP) and Xbox Media Player joined forces to create something beautiful. It’s outlived the original console by far, powered other projects and spinoffs (Boxee, Plex, GeeXBox — just to name a few) and is still going strong. Just to show how much progress it’s making there’s a new monthly build that adds two features most will have to wait for XBMC 12 Frodo to try out. If you like to live on the edge, the September cycle includes mainline PVR support, which pulls in TV broadcasts thanks to PVR add-ons like MythTV or MediaPortal, as well as integrated support for the Raspberry Pi. Other tweaks include performance enhancements on Android, better picture zooming and rotation on mobiles and much, much more. Hit the source links for a full changelog and details on what dangers running a build hot off the presses may entail.