HomeNewsWith the launch of Xbox Music, Zune is truly no more (update:...
News

With the launch of Xbox Music, Zune is truly no more (update: Zune Pass users get 1,000 Microsoft point parting gift) 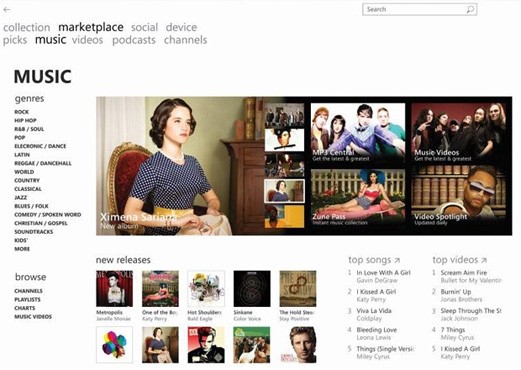 It’s over, folks. Or at least nearly over. Write it down — time of death: 12:01AM ET, October 16. That’s when the Zune brand is officially no more, and “Xbox Music/Video” and its store replace the Zune Marketplace; the final, quiet end of a brand that’s been waning for years. “Yes, the Zune brand is gone, and the Zune products are gone,” Xbox Music GM Jerry Johnson told us in a meeting last week. While Zune devices will still work with Windows 7, and the Zune Pass simply becomes the Xbox Music Pass, the brand is effectively no more, joining the Kin and Microsoft Bob in the annals of MS history.

Bizarrely, the branding will continue on for Windows 7 and Windows Phone 7 users, with the Zune Marketplace mirroring Xbox Music’s content. That’s likely due to Xbox Music being exclusive to Windows 8 devices (which includes the Xbox 360, despite its age, and Windows Phone 8) — Microsoft promises a continued focus on Xbox Music going forward, while Zune support drops out. In the end, though Zune was a failure for Microsoft, Johnson said it was a worthwhile learning experience for the company. “The Zune brand got associated with a device, and what we did with Xbox Music is actually turn around and say, ‘Let’s build something from the ground up, leveraging what we’ve learned from a lot of these different things.’ But it’s not gonna be device-centric, it’s gonna be service-centric,” he explained.

In Johnson’s eyes, the failure of Zune as a brand is directly tied to the failure of Zune as a device — and having the highly successful Xbox brand tied to its media offerings, he’s hoping to skirt previous negative perceptions and relaunch Microsoft’s place in media delivery. Whether that’ll happen remains to be seen, but either way, this is the final nail in the Zune’s coffin — not just as a device, but as a thing in the world.

Update: Looks like Microsoft hasn’t forgotten the loyalty of the diehards who stayed with Zune until the end, as Zune Music Pass users are getting 1,000 Microsoft Points for free along with the switch to Xbox Music.

With the launch of Xbox Music, Zune is truly no more (update: Zune Pass users get 1,000 Microsoft point parting gift) originally appeared on Engadget on Mon, 15 Oct 2012 14:30:00 EDT. Please see our terms for use of feeds.