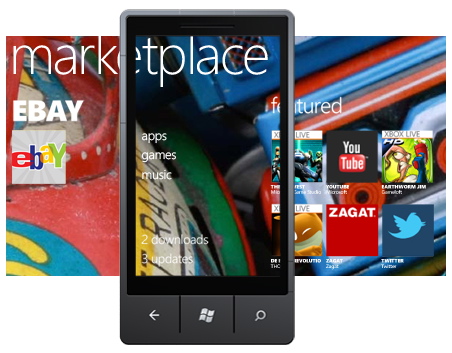 Of those 126,530 apps, 113,170 of them are available for download in any combination of 60 different countries, while 101,517 are live in the US. The UK isn’t far behind the US, with 96,265 apps live on its own app store, and France rounds out the top three with a total of 92,887 apps on its Windows Phone Marketplace. That 126,530 figure means that around 215 apps are being published to the Windows Phone Marketplace per day, which certainly isn’t bad.

The number of developers has been steadily climbing too, with a total of 30,000 developers publishing an app on the Windows Phone Marketplace at some point in time. Windows Phone managed to hit the 125,000 milestone faster than Android, which took 26 months to get there, but iOS ultimately came out on top in the race to 125,000 apps, taking only 18.5 months to reach the milestone. That has to be pretty encouraging, but then there’s still the fact that the Windows Phone Marketplace lags pretty far behind the Google Play Store and the iOS App Store in terms total published apps.

Unfortunately for Windows Phone users, AAWP says that the rate at which apps are being published to the Windows Phone Marketplace has slowed down in recent months. This is likely because developers are preparing for the launch of Windows Phone 8. If you have a few minutes on hand, be sure to read through AAWP’s full report, as it’s a very interesting piece!

Facebook
Twitter
Pinterest
WhatsApp
Previous articleNew 21.5-inch Apple iMac cannot be upgraded at all
Next articleAlcatel One Touch Shockwave reaches US Cellular, takes your bumps and scrapes for $50
- Advertisment -