HomeNewsWhen Does A TV Get Too Big?
News

When Does A TV Get Too Big?

I love my televisions. One of them, a 55-inch set, sits in my living room, ready and willing to deliver all kinds of entertainment. Another set, a 42-inch model, is running in my bedroom for those times when I want to relax and catch up on some shows on my TiVo.

Recently, when I was watching a movie on the aforementioned 55-inch set in my living room, I got to thinking about screen size. On numerous occasions, people have come into my house, looked at the screen, and made some sort of laudatory statement about how “big” my television was. To them, the size, and not the fact that the set is extremely thin and delivers outstanding picture quality, was most impressive. 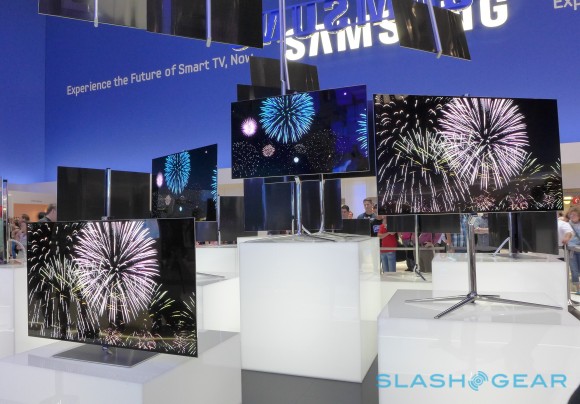 Realizing that, I decided to head down to Best Buy to examine people’s actions in the store. Much to my surprise, the vast majority of folks centered their attention on a precious few televisions that lacked overall quality, but were much larger than their upper-end counterparts. I was also surprised to see that the aisle with smaller televisions was largely ignored by customers.

All of that has made me wonder whether screen size matters too much to us. According to NPD DisplaySearch, the average screen size of today’s televisions is 36.8 inches. That’s up two inches in just the last year alone.

In a discussion on the topic recently, NPD DisplaySearch senior vice president Paul Semenza said that for today’s customers, “its about, how big of a set can I get into my room?” That mentality has come to the detriment of overall quality.

So, why does size matter so much? I know I own above-average televisions in terms of screen size, but I have the rooms to accommodate them. According to Semenza, people are simply buying the biggest television they can fit through the door. Sometimes, those big sets fit into a space. In other cases, they just don’t.

Those who buy televisions and research them typically come across tips from sites like this that tell them how big a screen should be for a certain room. Typically, the golden rule is to get a screen size based on where the viewers will be sitting, not how big a room is. The closer you sit to the set, the smaller the screen should be.

But how many of us actually listen to such advice? Judging by the data, and my own admittedly non-scientific research, it appears we throw logic out the window when buying a television. To us, the bigger the screen, the better.

Of course, TV makers love that about us. Televisions with larger screens are more expensive. So, the more people ignore smaller sets for larger ones, the more those companies will make. It’s a great deal.

Perhaps, though, it’s time for us to change. Screen size, while important, is not nearly as integral to the viewing experience as the device’s internal components. Without high-quality visuals, who really cares how big a television screen is, anyway?

Say what you will about television screen size, but I’m going to start advocating smaller sets. Such a move might just benefit us all.

$100 off a Samsung flip phone is an insane bargain