Vizio has updated its PC range with a pair of touch-capable all-in-ones, adding 10-finger multitouch to ready them for Windows 8, while also tweaking its notebooks with new trackpads. The new 24- and 27-inch All-in-One Touch PC models offer Intel Core processors, like their non-touch brethren we reviewed recently, as well as 1080p Full HD displays and 2.1 audio systems. 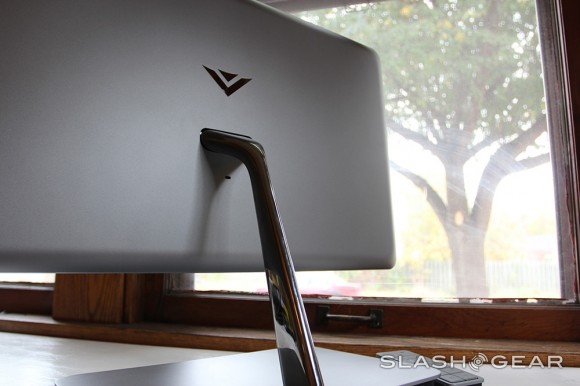 NVIDIA GeForce graphics using Kepler GPUs will be optional for some of the AIOs, while all will have SRS Premium Sound HD. The new models will be priced from $998, and they’ll be bloatware-free as Vizio has inked a deal with Microsoft to make them part of the Signature program.

As for the newly-updated notebooks and ultraportables, they’ll gain a new multitouch trackpad which supports all of Windows 8′s gestures and taps. Intel’s third-gen Core processors are inside, just as with the desktops, and there are options for 14-, 15.6-inch Think + Light Ultrabook and 15.6-inch Notebook depending on your bag capacity and bank balance.

The Vizio Thin + Light range kicks off at $849, while the 15.6-inch Full HD Notebook starts from $1,129. Like the AIO PC they’re part of the Signature program and so bloatware-free.

Facebook
Twitter
Pinterest
WhatsApp
Previous articleAcer Aspire V5 and M5 laptops will be available with touchscreens this month
Next articleRovio and CERN teaming up on education: hopefully the Angry Birds help us this time
- Advertisment -