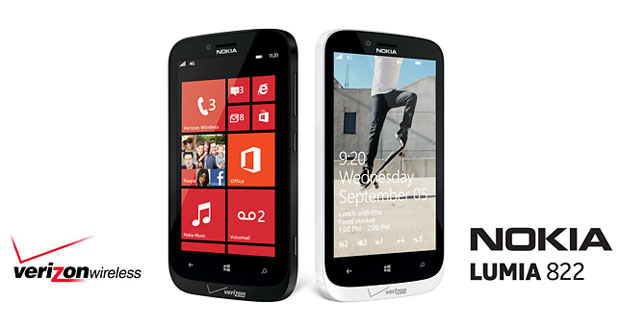 Ahead of the big Windows Phone soiree later today, Nokia has now confirmed that Verizon will be getting the Lumia 822, which will its 4G portfolio in the coming months. While the fact that a Big Red version of Nokia’s second Windows Phone 8 device wasn’t the best-kept secret, Nokia’s proud press release (after the break) finally confirms it — although it neglects to mention any prices or dates. The phone will arrive in black, white and grey options — all LTE-ready, with those interchangeable covers also incoming. That slightly modest 4.3-inch screen WVGA screen will also try to make the most of those colorful tiles — and we’ll likely get play with one very soon.

Update: Nokia USA’s just updated its site, stating that the Windows Phone will arrive on two-year contracts priced at $100.