Toys “R” Us officially unveiled its kid-friendly tabeo Android tablet in early September. The tablet went up for pre-order at $149.99. That tablet is now available in Toys “R” Us retail locations around the country and online at toysrus.com. 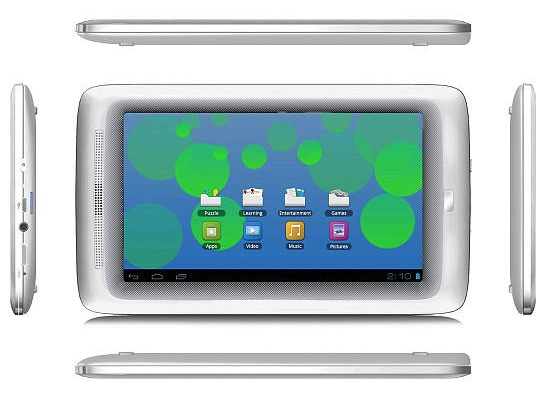 That makes the tablet available just in time for early holiday shopping. If you missed this tablet first time around, it’s not exactly the most powerful tablet on the market. It runs a 1 GHz Cortex A8 processor with 1 GB of RAM and 4 GB of internal storage. The tablet does feature a microSD card slot for storage expansion.

The tablet has a seven-inch multitouch screen with a resolution of 800 x 480. Other features include a micro-HDMI output, micro USB 2.0 port, and integrated Wi-Fi. The tablet also has an integrated microphone and speaker along with a front facing camera. The tablet promises seven hours of runtime during video playback.

Toys “R” Us has also announced a full line of accessories to go with the tabeo tablet. The tablet accessories range from $5.99 to $39.99. There’s a huge variety of accessories available, including HDMI adapter cables, screen protectors, folio case stands, a stylus pack, earbuds, an AC power adapter, and a number of cases to protect the tablet from damage.