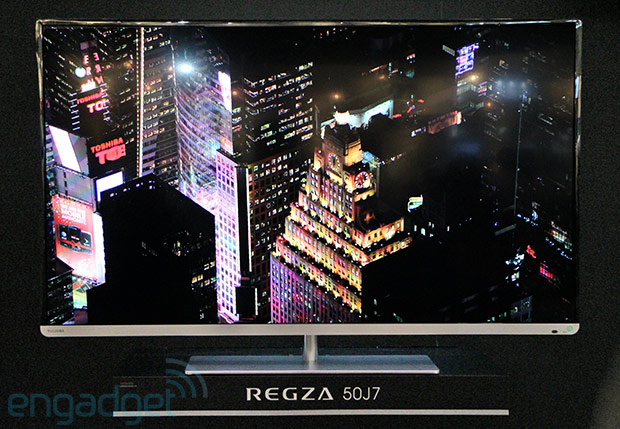 We spent a few minutes staring into the high-def abyss at the company’s rather dim booth, and all of the displays looked quite stunning. Unfortunately, we weren’t able to test out the time-shift feature, so we’ll have to take the company on its word there. The premium Z7 models include a thinner bezel and an overall sleeker look, while the J7 featured a more rounded design, with a beefier border around the panel. All of the TVs are expected to debut in time for the holiday season. For now, you can get a sneak peek from our hands-on video below.