We’ve been covering the space shuttle Endeavour as it has made its way from NASA’s ownership to its final resting place in California for the public to view. The space shuttle made a number of flyovers in the California area and other places on its way to the Los Angeles airport. Once at LAX, the spacecraft was transferred from its piggyback partner aircraft to a gigantic robotic hauler for a trip through the streets of Los Angeles. 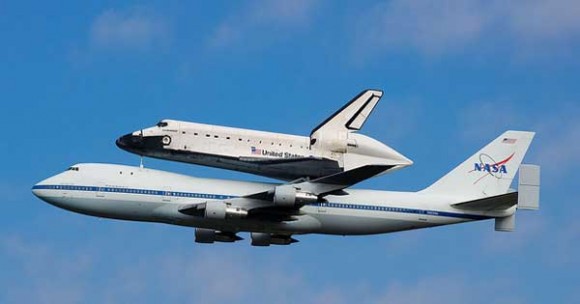 The trip through the streets of Los Angeles took two days to go 12 miles. Along the way, thousands of people came out to see the Endeavour on its final mission, and the space shuttle stopped several times for various performances. The spacecraft has traveled over 25,000,000 miles since its first mission in 1986.

Its final mission to carry it to the California Science Center is Mission 26. A cinematographer named Matthew Givot was one of the thousands that lined up to watch the space shuttle make its final journey. Givot and his team took a huge number of photographs and then put them together in a time lapse video to chronicle the journey from LAX to its final resting spot at the California Science Center.

The video spans 2 minutes and 44 seconds. It’s amazing to see the massive space shuttle make its way down city streets. Check out the video below and watch history unfold.