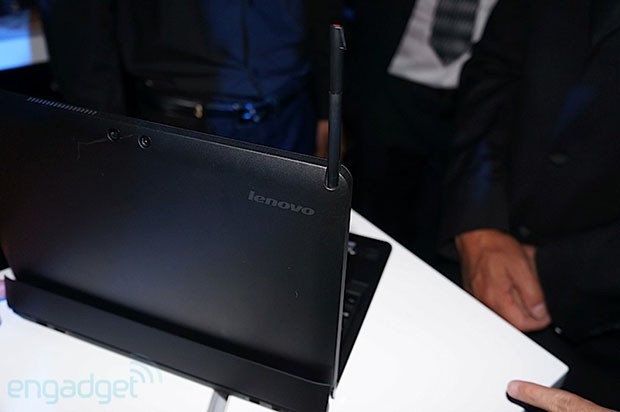 It wasn’t long ago that our Chinese language website reported on the Lenovo Thinkpad Helix, a convertible ultrabook that launched alongside other models, but seemed destined for China only. Now, it looks like Israeli folks might also get the device, as it popped up recently on the company’s website there. We noted that it would carry Windows 8, an 11.6-inch, 1920 x 1080 detachable IPS touchscreen, NFC 3G module, stylus, 10-hour battery life and optional Core i7 processor for the top model. That would make it a pretty potent ultrabook, let alone a tablet — making us hope that it’ll power its way over to our shores.

Thinkpad Helix appears on Lenovo’s Israeli website, lends hope to a stateside or Euro arrival originally appeared on Engadget on Tue, 30 Oct 2012 07:34:00 EDT. Please see our terms for use of feeds.