Whether you’re looking at trimming a few pennies off your electric bill or are taking steps to reduce your – or your company’s – carbon footprint, the N4800Eco rebrand will help you accomplish that – at least when compared to its previous model. The N4800Eco was announced yesterday, and boasts a 20% energy reduction over its predecessor, the N4800. According to Thecus, this device possesses all the features of the N4800, plus a few perks, such as running cooler and quieter. 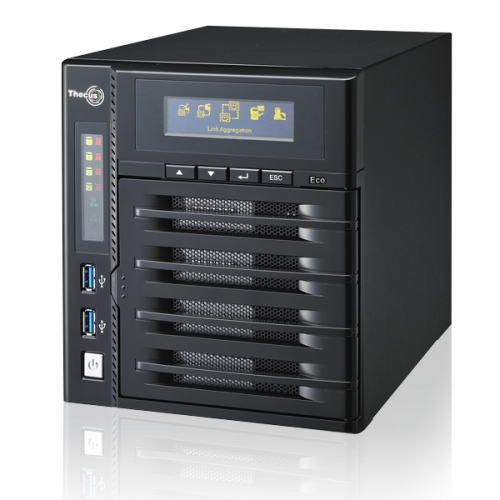 As far as hardware goes, the N4800Eco runs an Intel Atom processor, which is one of the reasons it has lower energy consumption. In addition, it offers USB 3.0 ports, eSATA port, HDMI, four hard drive bays, and 2GB of DDR3 RAM. The front of the unit is equipped with a dual-display system.

In terms of software, the N4800Eco runs ThecusOS 5.0, a custom operating system produced by Thecus. Via the custom firmware, you’re provided with two different backup methods: CD/DVD/Blu-Ray backup via Data Burn, and cloud backup via support for Amazon S3 services. Also included is a function called Data Guard, which allows you to sync data across multiple units, and back it up both locally and remotely, depending on your needs. 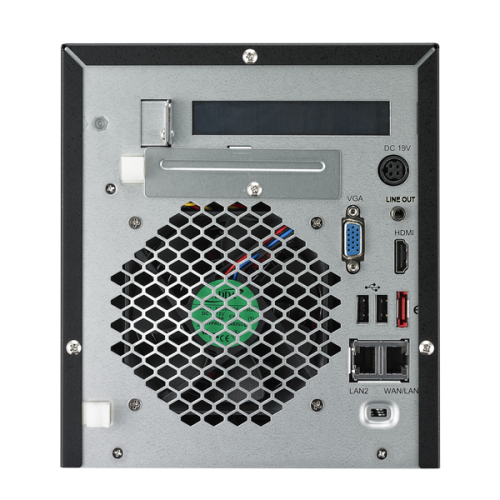 The N4800Eco can be used independent of a computer, which is a bonus for most everyone, no matter how you use it. The device can be connected directly to a monitor, while a keyboard and mouse can be added via its USB ports. Unfortunately, there doesn’t seem to be a simple way to swap out the custom ThecusOS with something else, such as a Linux distro, in the event that you find its proprietary OS less than desirable.