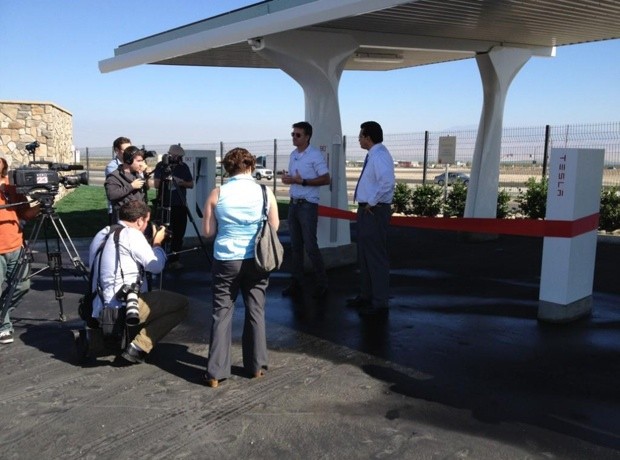 Time to go on that great California road trip, Tesla owners; the EV maker has just launched new Superchargers in six Golden State locations: Folsom Premium Outlets, Harris Ranch in Coalinga, Gilroy Premium Outlets, Barstow, Tejon Ranch in Lebec and Hawthorne. They appear to be strategically placed to ease journeys between San Francisco, Los Angeles, Lake Tahoe and Las Vegas, NV. The solar powered stations from SolarCity are designed just for Tesla vehicles, with Model S sedans being able to charge for free. According to Tesla, a Model S can be charged in about 30 minutes if you want to get around three hours of 60mph driving out of it, so you’ll have plenty of time to grab an In-N-Out Double Double on your way to Sin City.