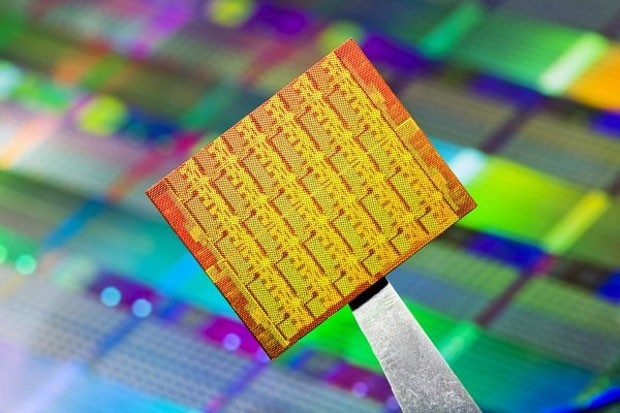 Intel’s taking its 48-core processor and applying it to a field beyond academia: the world of mobile electronics. The company this morning announced intentions to slip the 48-core bad boy into future tablets and smartphones (emphasis on future), with CTO Justin Rattner saying the mobile implementation could arrive “much sooner” than the 10-year window predicted by researchers.

Aside from the thrilling world of linear algebra and fluid dynamics that the chipset is currently used for, Intel says it could offload processor-intensive functions across several cores, effectively speeding up various functions (say, video streaming). The availability of so many cores also means faster multitasking possibilities than the current dual- or quad-core offerings in modern smartphones and tablets — just imagine a world where two Angry Birds games can run simultaneously in the background without affecting the paradoxical game of Tiny Wings you decided to play instead. Hey, we understand — it’s just a better bird game. No big. Sadly, few software developers are crafting their wares (warez?) to take advantage of multi-core processing as is, so it’s gonna take more than just the existence of Intel’s 48-core chip to make its vision a reality.

Take that linear algebra to go: Intel’s 48-core chip targeting smartphones and tablets originally appeared on Engadget on Tue, 30 Oct 2012 14:38:00 EDT. Please see our terms for use of feeds.