MetroPCS could be the target of a bidding war, with wireless industry whispers that Deutsche Telekom’s bid to merge the carrier with T-Mobile USA may face a challenge from another US network. Although the agreement with Deutsche Telekom has already been announced as in incipient merger, a trio of sources speaking to Bloomberg claim ailing rival Sprint is weighing a counter-bid that could be submitted as early as next week. 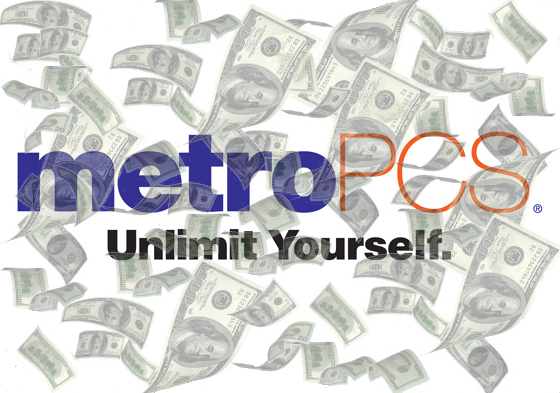 The CDMA carrier’s board is meeting within the next two days to decide whether to chase a deal of its own, though there’s no guarantee that one will be submitted. A company spokesperson declined to comment – as did those from MetroPCS and Deutsche Telecom – though another source claims the German firm is already prepared to fire back with a new offer, and “would consider  better terms if necessary,” should Sprint weigh in.

It’s not apparently the first time Sprint has considered snatching up MatroPCS. Rumors earlier in the year suggested the acquisition had been considered, but was shelved after the board decided the price was too rich for its liking.

However, an upward change in share price has left the carrier looking more solid, and – along with the threat of T-Mobile USA swelling into a more significant challenger – a deal may now be something Sprint can’t afford to opt out of. Together, T-Mobile USA and Metro PCS would have 42.5m subscribers and sales of around $24.8bn.

A deal between the two CDMA carriers, though, might make more sense than with GSM-based T-Mobile USA. There would be significant network infrastructure to be done in order to combine the MetroPCS and T-Mobile USA’s service, though the upside is the promise of an LTE network with claimed data speeds of double what Verizon is currently offering.