HomeNewsSwitched On: Sell the hardware, attract the apps
News

Switched On: Sell the hardware, attract the apps

Each week Ross Rubin contributes Switched On, a column about consumer technology. 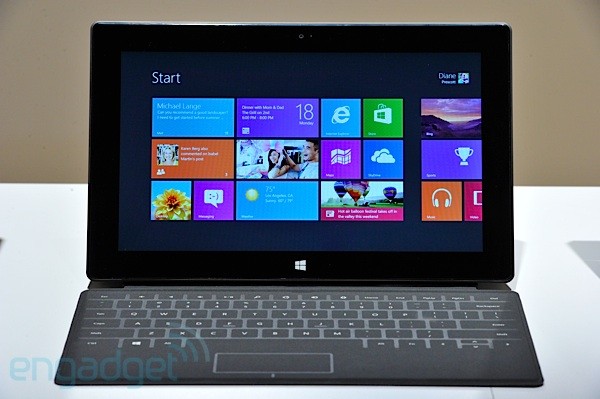 Microsoft has finally revealed details on the pricing for the all-singing, all-dancing Surface RT. True to Steve Ballmer’s word, the Windows RT device is priced competitively with the iPad. It is, in fact, the same price as the entry-level, now not-so “new iPad” and with double the flash memory, an advantage that may change by the time the Surface ships.

The commercial shows off the device’s signature hardware features — the kickstand and touch keyboard cover — and plays up the “click” they make when they attach to the Surface, which is of course similar to the “click” made when an Apple Smart Cover connects to an iPad. And in a bit of irony for a product that is more focused on tapping than the mouse clicks of the desktop mouse, its campaign slogan is “click in.” (It also raises the question as to why people would be constantly attaching the sold-separately touch keyboard when it doubles as a cover, but it is a commercial after all.) While expensive relative to the price of the device, Microsoft’s keyboard covers represent an extension of one of Apple’s best-conceived iPad accessories (the Smart Cover) and far exceed one of Apple’s worst (the original iPad keyboard dock).

Continue reading Switched On: Sell the hardware, attract the apps

Switched On: Sell the hardware, attract the apps originally appeared on Engadget on Sun, 21 Oct 2012 17:30:00 EDT. Please see our terms for use of feeds.