HomeNewsStriiv launches $70 Play pedometer to track your athletics without fatiguing your...
News 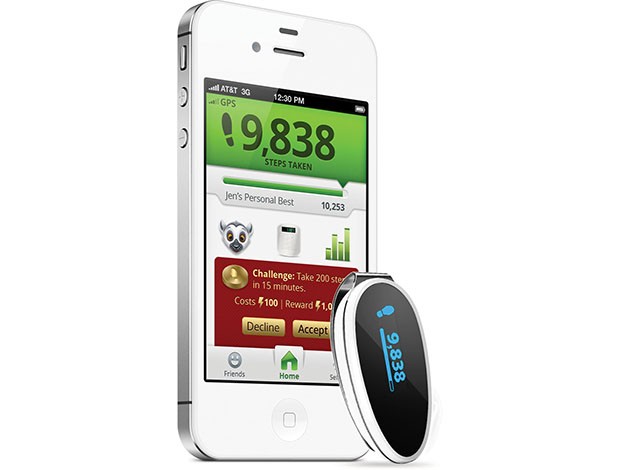 Following the recent launch of its iOS fitness app which proclaimed “no hardware required,” Striiv has just announced new hardware for it anyway: the Striiv Play smart pedometer. But unlike the app alone, it lets you set off on your fitness adventures without toting an iDevice by doing the “heavy lifting of tracking activities” with up to a week of battery autonomy, then syncing up with the app using Bluetooth 4.0 later. From there, you’ll be able compete with friends on Facebook, gain bragging rights by reaching milestones, play games that let you progress by working out more, and chart weight, calories and exercise progress. We tested Striiv’s standalone pedometer awhile back, noting that the “insidiously” addictive games were a great motivator, and the company claims that 60 percent of users lost 13 pounds or more. So, if the little voice in your head isn’t enough to egg you on, you can grab it now for $70 — the PR and video after the break will tell you the rest.

Striiv launches $70 Play pedometer to track your athletics without fatiguing your iOS device originally appeared on Engadget on Tue, 30 Oct 2012 09:00:00 EDT. Please see our terms for use of feeds.