HomeNewsSprint sits out Windows Phone 8 launch in the United States after...
News 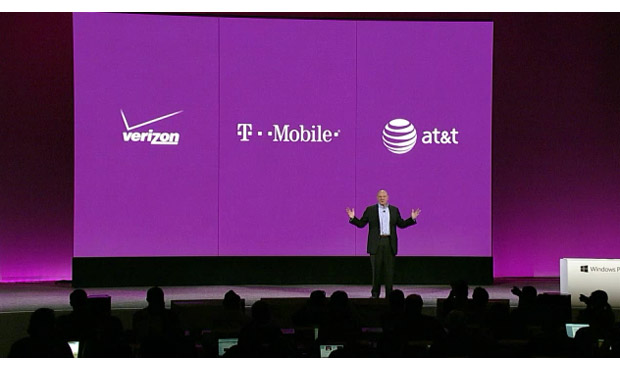 Microsoft may be readying an all-out marketing blitz to get Windows Phone 8 all up in your cranium, but those loyal to Sprint won’t be getting anything but perturbed. During today’s Windows Phone 8 event in San Francisco, Microsoft CEO Steve Ballmer announced that AT&T, Verizon Wireless and T-Mobile were “all in” for Windows Phone 8. Strangely, however, America’s number three carrier is evidently “all out.” While Sprint was a carrier for Windows Phone 7 handsets like the HTC Arrive, the carrier was showing cold feet as far back as January of this year. Given that the Arrive was its “familiar refrain, actually.

For more, check out our Windows Phone 8 event liveblog!

Sprint sits out Windows Phone 8 launch in the United States after tepid WP7 reaction originally appeared on Engadget on Mon, 29 Oct 2012 14:28:00 EDT. Please see our terms for use of feeds.