Spotify is a great service, but do you ever wish you could use it to stream music through your smart TV? Soon you’ll be able to, thanks to a new team up between Samsung and Spotify that will see an app developed specifically for Samsung’s 2012 E-Series smart TVs. Before you US Spotify lovers get too excited, however, we should let you know that this app will only be available in Europe. 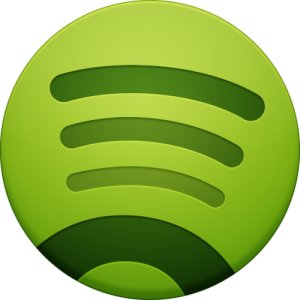 Don’t own a Samsung smart TV? You won’t be left out in the cold, as the joint announcement says that Spotify will be coming to Samsung’s Blu-Ray players and home theater systems as well. All you need to do is downloaded the Spotify app on you smart TV or Blu-Ray player, log on, and you’ll have access to Spotify’s library of 18 million songs. That is, provided you’re a Spotify premium subscriber.

Yes, it sounds like this app will only be available to those who have a Spotify premium subscription, but if you’ve yet to shell out the cash for a premium membership, you’ll have the opportunity to test it out with a free trial. There’s no word on how long this trial period will last, but we’re willing to assume that it will last just long enough for you to integrate Spotify into your day-to-day life before it cuts you off. That isn’t to say that signing up for Spotify premium is a bad idea, as premium members will have their playlists synced across their devices and get to enjoy ad-free listening.

Hopefully this is the first of many partnerships that see Spotify launching on a variety of devices. There’s no word on a solid release date for this app, which comes complete with an interface designed for large screens, but Samsung and Spotify say that it will arrive later this year. Considering there are only two months left in 2012, that means European users should be getting the app relatively soon. Stay tuned.

Spotify coming to Samsung Smart TVs in Europe is written by SlashGear.
© 2005 – 2012, SlashGear. All right reserved.