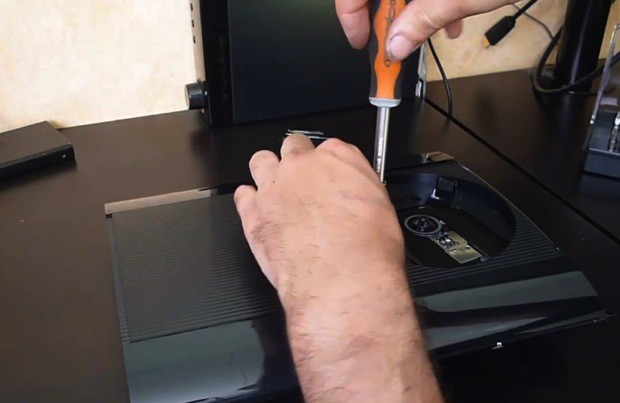 We’ve looked intensely at the outside of the redesigned PlayStation 3 ever since it was unveiled in Tokyo last month. Getting a look inside has proven unusually tougher, but French YouTube member K0st3yr has volunteered to do what few gamers dare and tear down Sony’s updated console. As we’ve quickly learned, Sony hasn’t chosen to radically rework the insides like Microsoft did with the slim Xbox 360. The Cell processor and its RSX graphics companion are still separate parts, and a similar power supply capacity suggests that neither of the main chips has been built on a more efficient manufacturing process. Instead, it’s everything else that has been given the shuffle: a smaller Blu-ray drive and more clever overall construction appear to be the tickets to the 20 percent volume reduction compared to the last model. While the revealed internals might be disappointments to those who were hoping the PS3’s possible sendoff would involve more of a bang than a whimper, they do hint that Sony might have breathing room if it wants to advance the design any further. Just have some popcorn and a grasp of French on hand if you’d like to have a peek at the three-part video dissection found after the break.

Update: Not to be outdone, iFixit has conducted its own teardown. There aren’t any shockers in the mix beyond improved repairability, but you’ll find many of the components given their exact names as well as more explanations of what’s been changed to shrink the PS3 a second time.

Sony’s 2012 PlayStation torn down, shows its evolved roots (update: another teardown) originally appeared on Engadget on Tue, 02 Oct 2012 18:03:00 EDT. Please see our terms for use of feeds.

Facebook
Twitter
Pinterest
WhatsApp
Previous articlePew Research finds 22 percent of adults in US own tablets, low-cost Android on the rise
Next articleRdio begins paying artists $10 for every user they attract
- Advertisment -